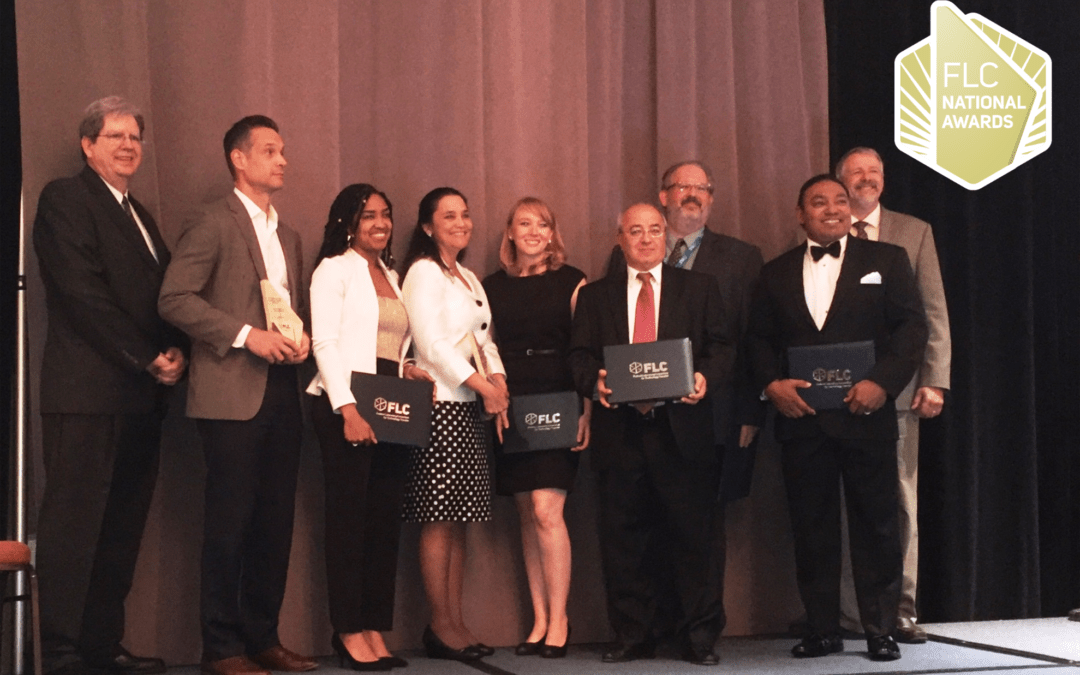 The award recognizes the project to license and commercialize the technology behind FlightHorizon as one of the top technology transfer efforts in the nation. According to the FLC, the awards are ”ranked as some of the most prestigious honors in the Technology Transfer (T2) field and are given as a symbol of well-deserved recognition for phenomenal technological efforts.”

Over 90 nominations for awards were received from federal laboratories throughout the US and 27 winners were selected for recognition at the 2017 FLC National Meeting. 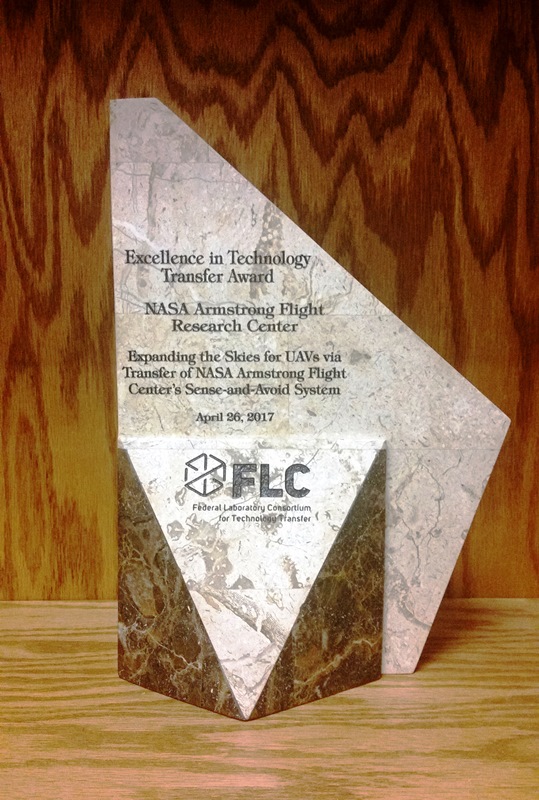 According to the FLC, “the Excellence in Technology Transfer Award is presented annually by the Federal Laboratory Consortium for Technology Transfer (FLC) to recognize laboratory employees and industry partners who have accomplished outstanding work in the process of transferring federally developed technology.”

In the FLC announcement of the 2017 award winners, Donna Bialozor, National Awards Committee Chair, commented, “FLC national award winners represent exceptional federal technology transfer professionals and their partners who diligently work together to bring important innovations from the national laboratories to the marketplace. We’re pleased to recognize their work in technology transfer with one of the most highly regarded awards in the field.”

The patented NASA Sense-and-Avoid System with Automatic Dependent Surveillance-Broadcast (ADS-B) Avionics for Unmanned Aerial Systems (UAS) is a set of processes and algorithms built into software that uses aviation transponders to detect, track and avoid collisions between aircraft. 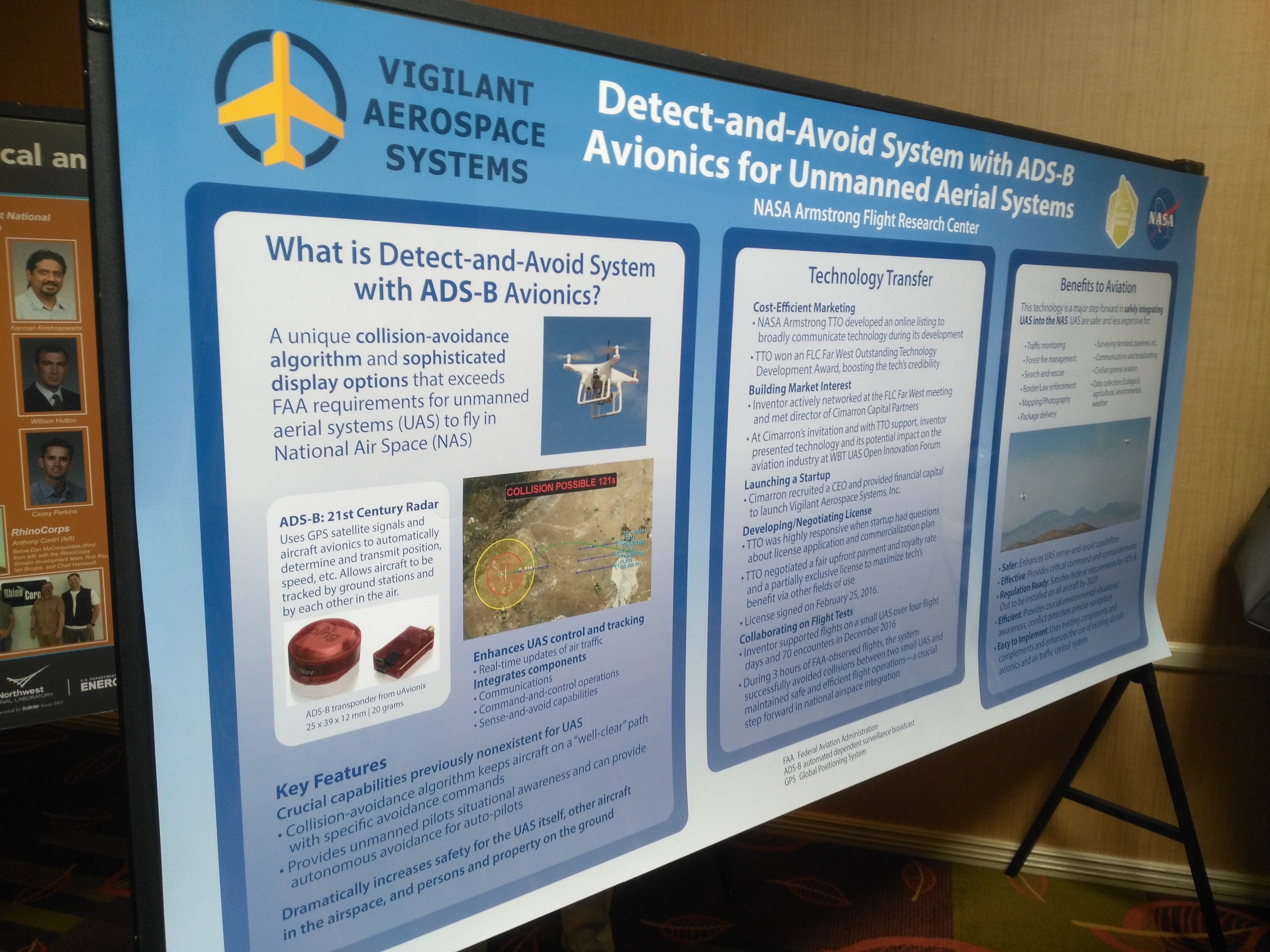 Developed by a team led by Dr. Ricardo Arteaga at the NASA Armstrong Flight Research Center in Edwards, CA, the system uses a combination of hardware and software to deliver air traffic visualization, alerts, collision warnings and avoidance commands to pilots and autopilots. The system improves air safety and is a key component in allowing unmanned aircraft to join manned aircraft in the national airspace.

The heart of the NASA system is an advanced sense-and-avoid algorithm specifically designed for the short-term trajectories typically associated with UAS. When a collision risk is identified, the algorithm automatically begins finding the safest and most efficient solution to avoid the other aircraft and then instructs the pilot or autopilot to follow the new course.

If the aircraft posing the collision threat (the “intruder”) changes its flight path during this time, the algorithm automatically changes the avoidance commands, continually keeping the aircraft on a clear path. Once the risk has been avoided, the algorithm instructs the aircraft to return to its previous course.

Recognizing the potential impact NASA’s technology could have on the aviation industry, Cimarron Capital Partners launched Vigilant Aerospace Systems to commercialize the innovation in late 2014. 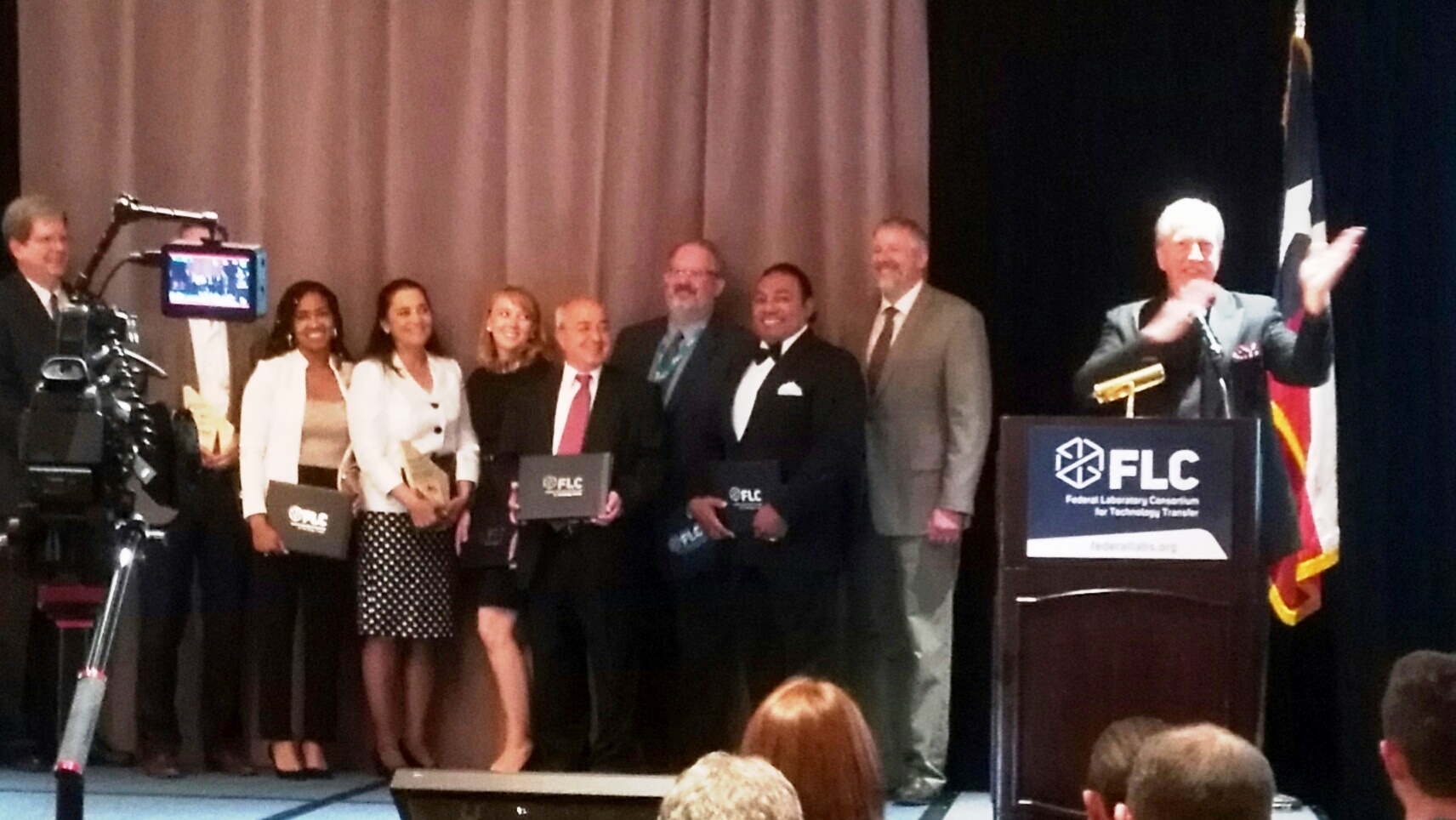 The FLC describes Technology Transfer as “the process by which existing knowledge, facilities, or capabilities developed under federal R&D funding are utilized to fulfill public and private needs.

Every year, billions of American taxpayer dollars go into funding research and development (R&D) at our federal laboratories, with the intent being for those innovations to return their investment and move from the laboratory to the marketplace, thereby boosting our economy.”

This technology is now part of the Vigilant Aerospace Systems’ FlightHorizon product suite, which provides synthetic cockpit views (i.e., simulations of the view from the cockpit of an unmanned aircraft), air traffic alerts, detect-and-avoid commands, air traffic control areas, weather data, and other functions that improve flight safety and situational awareness for all kinds of aircraft.

About the Federal Laboratory Consortium (FLC)

The FLC is a formally chartered organization, mandated by Congress to promote, educate and facilitate technology transfer among more than 300 federal laboratories, research centers and agencies.

According to the FLC’s charter, the organizations goal is to “ensure the best use of taxpayers’ contributions to research and development (R&D) conducted at federal labs through the acceleration of the work into the market through collaborative partnerships with non-federal organizations such as private businesses, academia, and state and local governments.”

From the website:
“The FLC was organized in 1974 and formally chartered by the Federal Technology Transfer Act of 1986 to promote and strengthen technology transfer nationwide. Today, more than 300 federal laboratories, facilities and research centers and their parent agencies make up the FLC community. Members of the FLC community include world–renowned scientists, engineers, inventors, entrepreneurs, academia, laboratory personnel, and T2 professionals.”

Based on an exclusively licensed NASA patent and prototype, FlightHorizon allows unmanned aircraft to detect, track and avoid other aircraft and can send commands for evasive maneuvers to a pilot or directly to an autopilot to get aircraft well clear of potential conflicts quickly and efficiently. The system uses algorithms and flight rules to deliver a complete solution for safety and regulatory compliance for beyond visual line-of-sight flying. 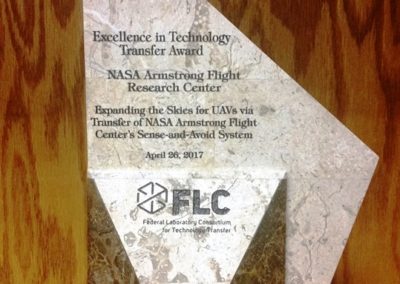 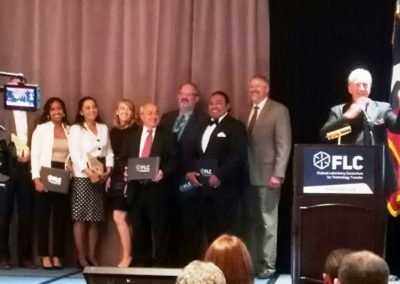 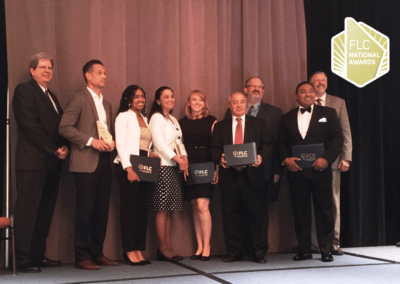 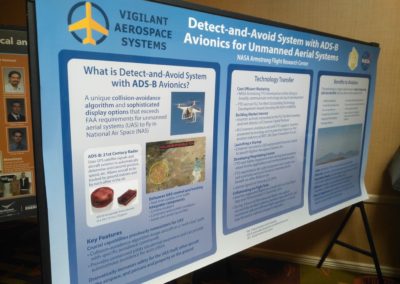 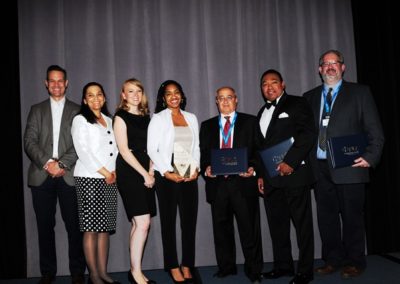 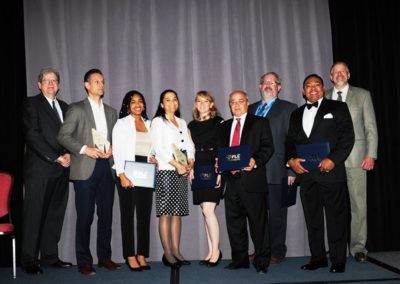 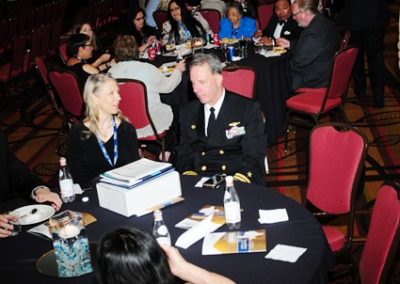 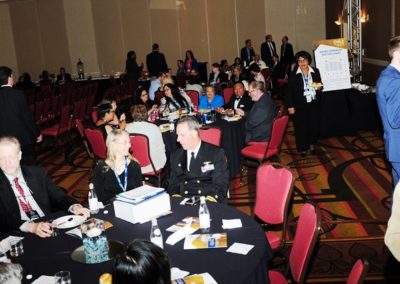 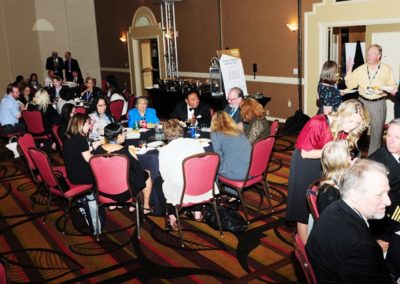 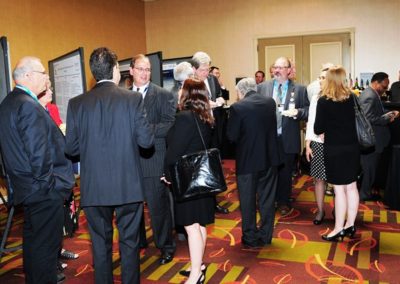 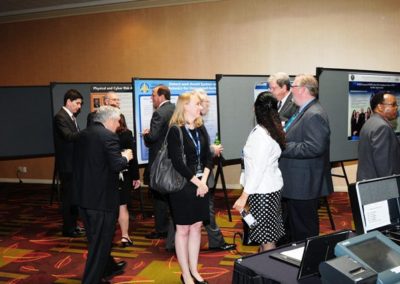 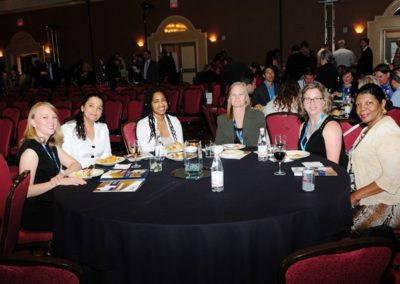 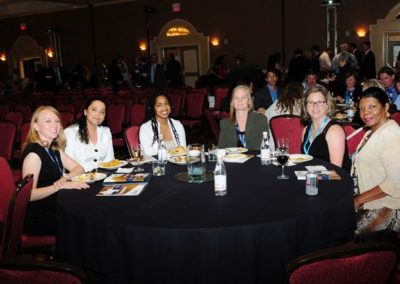 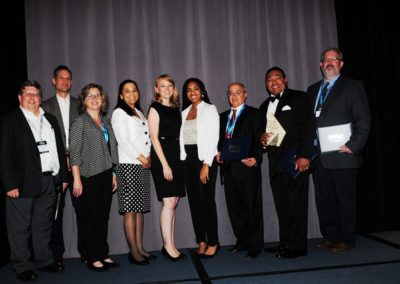 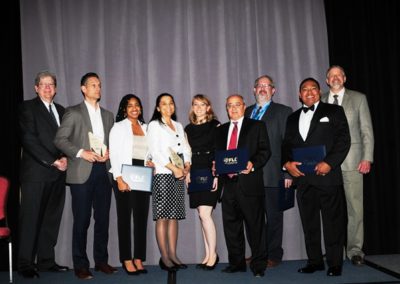 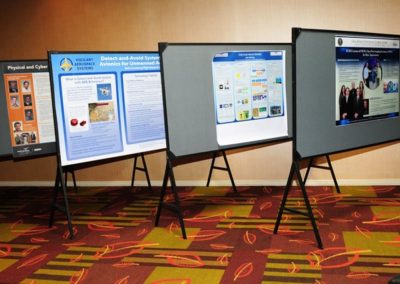 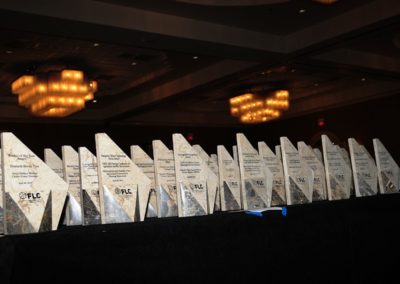