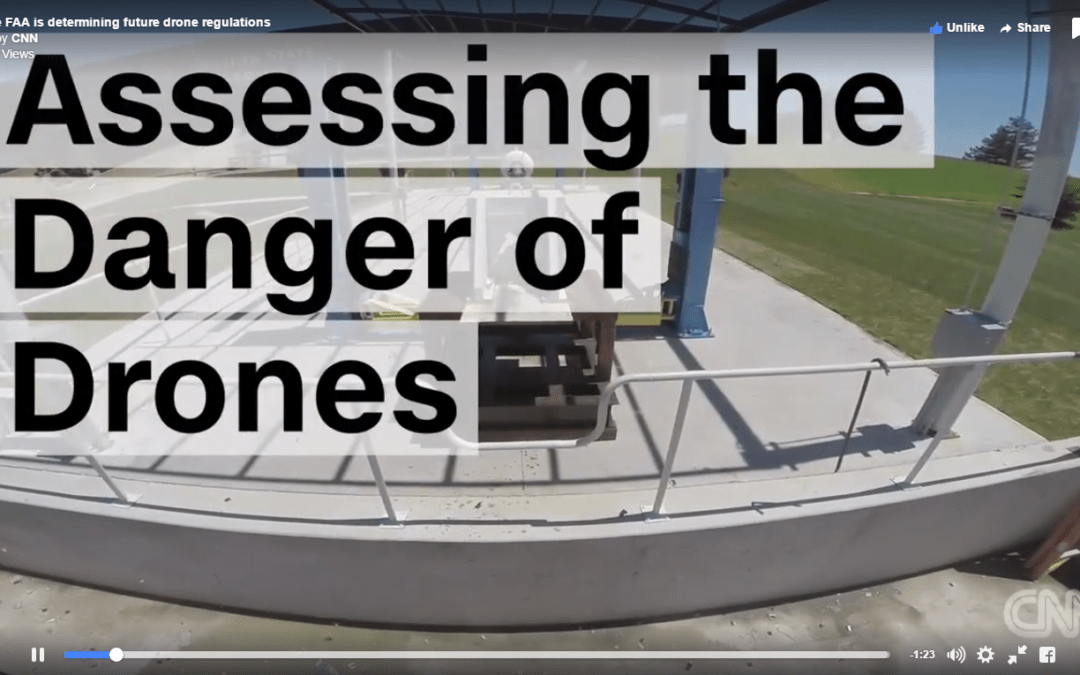 CNN recently reported on the collision tests being done to evaluate if airliners can withstand an aerial collision with a standard commercial drone.

The FAA release of the new Part 107 drone regulations has turned an event larger spotlight on drone safety.

Headed by the ASSURE FAA Center of Excellence for UAS, the collision tests are analyzing the material collision resistance of the planes themselves.

However, as we integrate a larger number of commercial drones into the market, more people are looking for safety systems to prevent collisions.

How the FAA is determining future drone regulations

This is what happens when a drone hits a plane. http://cnn.it/28SKH7J

We are happy to announce our FlightHorizon avoid-and-detect for manned and unmanned aerial systems as an airspace management solution.

FlightHorizon is a NASA licensed, patented, and researched detect-and-avoid avionics system that uses Automatic Dependent Surveillance Broadcast (ADS-B) to detect other aircraft and provides precise detect-and-avoid self-separation instructions to the pilot, steering them away from conflicting air traffic.

Our FlightHorizon systems have undergone rigorous programming and multi-drone in-flight tests by NASA and is set to be one of the first safety systems compliant with new commercial drone regulations.

We are excited to see the growing concern for and news coverage of drone safety measures. Material assessment tests on current aerial vehicles are important, however we at Vigilant Aerospace believe that a good avoid-and-detect system provides a proactive approach to avoiding the dangers of aerial collisions.