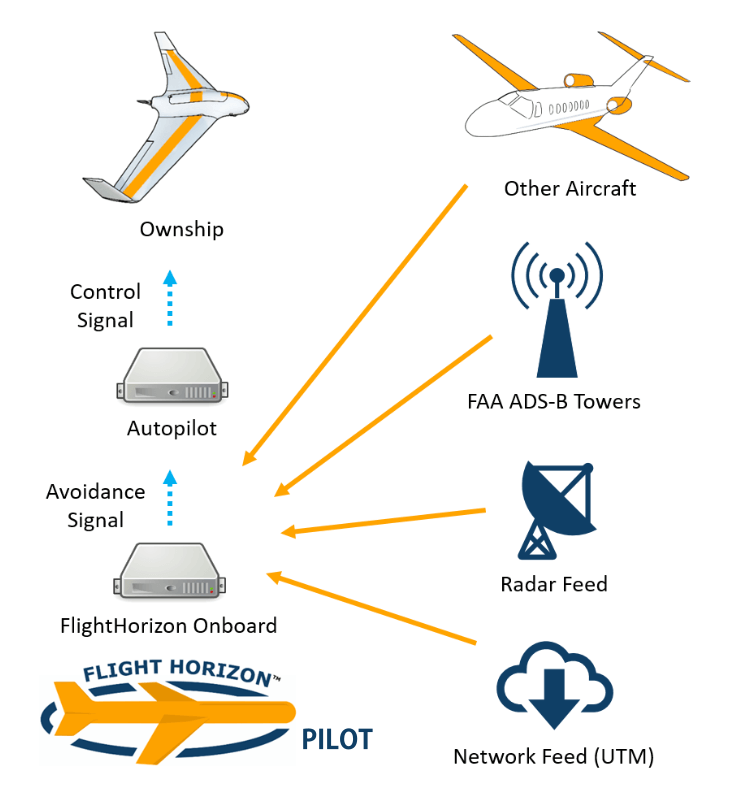 FlightHorizon PILOT™ is a complete solution for fully autonomous unmanned aircraft, enabling them to detect, track and predict other aircraft and send avoidance commands to an onboard autopilot to self-separate from conflicts quickly and efficiently.

Based on a patent and software developed at NASA, the system uses algorithms and flight rules to achieve safety and regulatory compliance when flying beyond visual line-of-sight.

FlightHorizon PILOT™ is installed as an independent flight computer or as a software module on a primary flight computer onboard the unmanned aircraft and uses the signal from an aviation transponder (ADS-B) on the unmanned aircraft to track in real-time all other nearby aircraft. The software then provides self-separation and commands to maintain well-clear distances in the form of waypoints to the autopilot. When available, add-on data sources include onboard radar and networked air traffic control feeds (UTM).