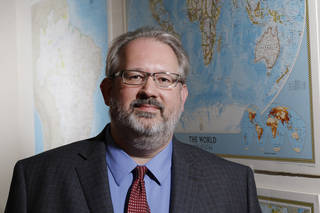 The Oklahoman has published a feature story in the Business Section on the launch of Vigilant Aerospace Systems in Oklahoma City. From the story:

“One of the most exciting things that we are doing is bringing NASA technologies to Oklahoma — we are commercializing them here and we are developing them here,” said Kraettli L. Epperson, CEO of Vigilant Aerospace Systems.

Vigilant will begin hiring a handful of developers, engineering and sales staff in the coming weeks to help bring the NASA technology to market.

“We believe that the unmanned aerosystem industry is small today, but is poised to be very large in the future,” said Robert Heard, managing director of Cimarron Capital Partners. “Assuring aircraft don’t run into each other is a huge element of the industry and the the technology licensed by Vigilant, developed by NASA helps solve that problem.”