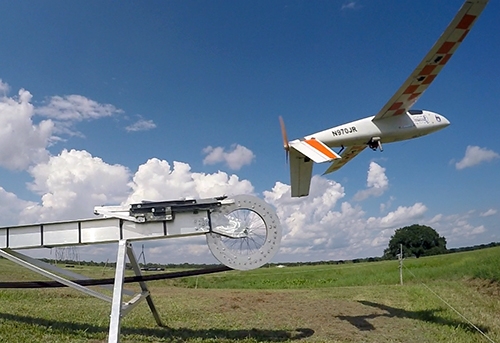 Vigilant Aerospace officially announced the release of a drone list featuring commercial drones available in the US capable of beyond line-of-sight operations. Here is the full text of the announcement: Press Announcement – Vigilant Aerospace Releases List of Commercial Drones for Beyond Line-of-Sight – Jan 12 2017

List includes all current drones on US market with the range, capacity for beyond line-of-sight missions

OKLAHOMA CITY, OKLA. (January 12, 2017) – Vigilant Aerospace Systems, Inc. has released a list of all commercial drones currently available in the US market that have the flight and communications range to be flown beyond line-of-sight, including some aircraft with ranges of many miles. As the FAA begins to consider and issue waivers to commercial drone flyers for beyond line-of-sight flight under the new Part 107.200 rule, Vigilant Aerospace expects the demand for these powerful new aircraft to soar. “We believe that the future of unmanned aircraft in the US has arrived, and only a few obstacles remain for full commercial adoption and use of drones for routine long-range commercial and industrial work,” said Kraettli L. Epperson, CEO and co-founder of Vigilant Aerospace. “One of those obstacles is access to drones with the range, command and control capability and payload to do useful work. Our new list is designed to help overcome this obstacle. The other barrier is access to effective, well-tested detect-and-avoid systems that meet FAA requirements. We bridge that gap with our FlightHorizon product, which provides detect-and-avoid capabilities to prevent collisions for piloted or fully autonomous drones, and helps operators to obtain a beyond line-of-sight waiver from the FAA,” said Epperson. Vigilant Aerospace is providing and maintaining the list as a free, complementary resource to support the emerging commercial drone industry. The list includes for each drone the manufacturer, model, aircraft type, intended purpose, weight, maximum speed, endurance, length, wingspan, maximum take-off weight, maximum payload, remote range, approximate price and a link to the aircraft on the manufacturer’s website. The list can be downloaded at the Vigilant Aerospace website: https://vigilantaerospace.com/blos-list [UPDATED LIST COMING SOON] “The US market needs flight safety systems and resources to help businesses integrate drones into their core business operations. The only barriers preventing companies from being able to take full advantage of drones right now is knowledge about the available solutions and authorization to fly beyond line-of-sight. Our goal is to rapidly bridge those gaps and enable the full potential of commercial drones,” said Epperson. About Vigilant Aerospace Systems Vigilant Aerospace Systems, Inc. in a provider of industry-leading next-generation flight management and safety systems for both manned and unmanned aircraft that have been developed by NASA and are designed to comply with FAA performance standards. The company’s avionics software platform, FlightHorizon™, is based on an exclusively licensed NASA patent and provides situational awareness, synthetic cockpit views, commands to maintain well-clear distances and other flight information to enable integration of commercial drones into the national airspace. For more information, visit www.VigilantAerospace.com.   Featured Image: Tiburon Junior Autonomous Drone System by Intuitive Machines