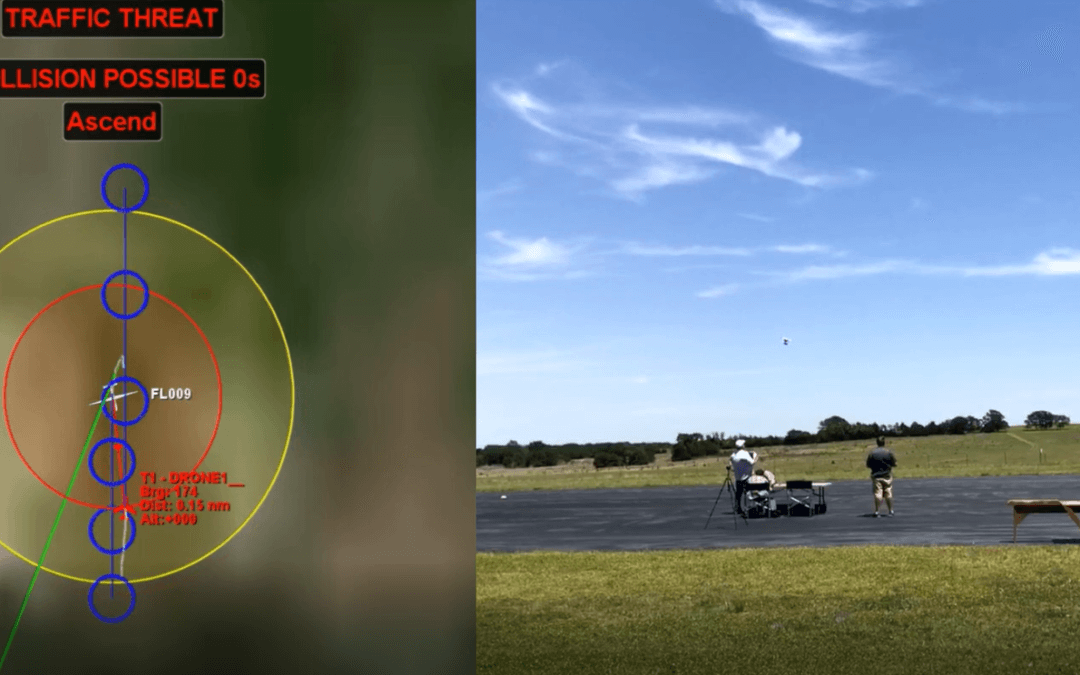 The demonstrations resulted in the short video below (1 min. 15 sec) demonstrating the flight advisories and commands issued by FlightHorizon side-by-side with actual footage of the flight maneuvers:

These demonstration flights were carried out by Vigilant Aerospace staff in late May 2017 at the Oklahoma State University Unmanned Aircraft Flight Station with the help of both Vigilant Aerospace and OSU licensed unmanned aircraft pilots. 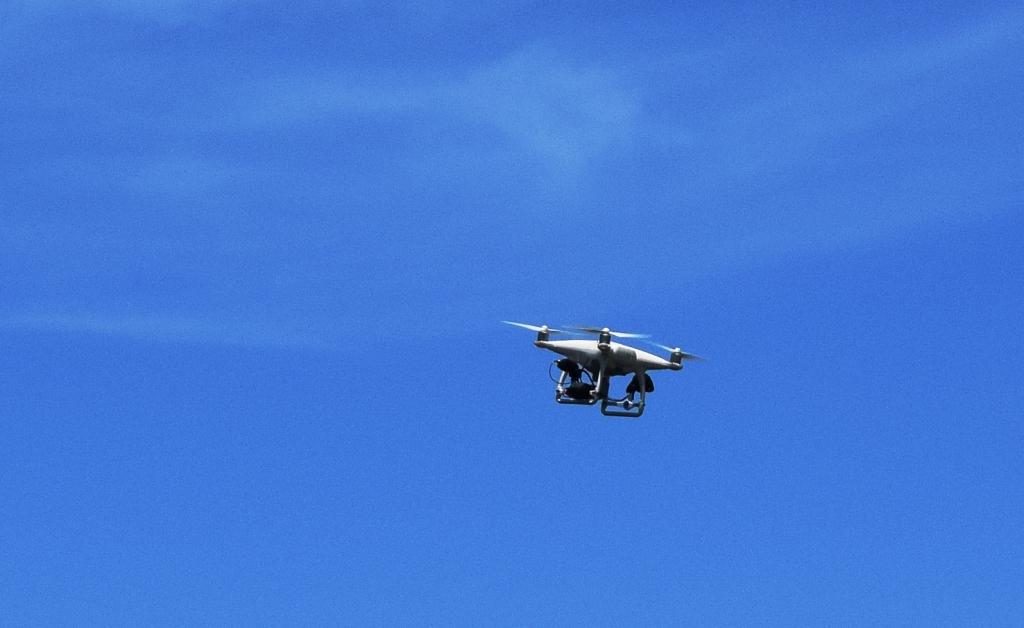 Demonstration and documentation flights were carried out using FlightHorizon GCS. During demonstration flights, the screen was recorded, the flights were logged and the aircraft were captured on video making maneuvers based on the software collision-avoidance advisories. Advisories are made as both visual and audible warnings and commands.

Equipment included two DJI Phantom 4 drones each outfitted with uAvionix Ping2020 transponders and with a PingEFB receiver on the ground feeding data to FlightHorizon GCS. 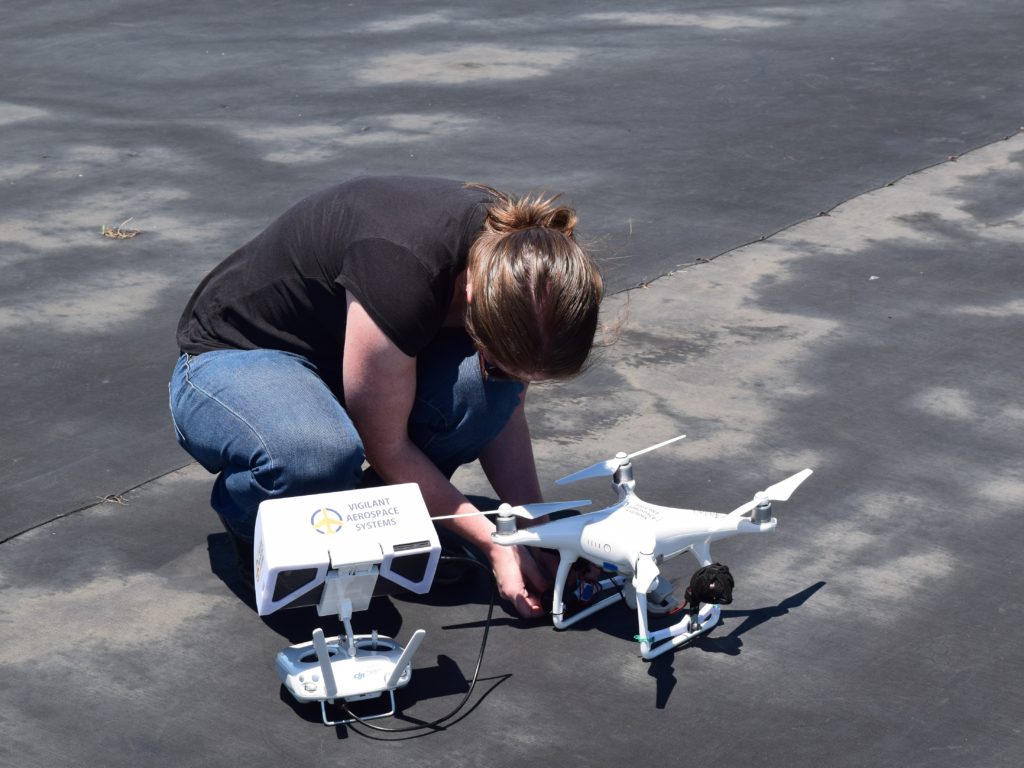 Of special interest was documentation of recent updates and addition of new features to FlightHorizon made after the recent NASA BVLOS flight tests in December 2016 (includes 90-second video).

The flights primarily focused on demonstrating the updated tracking, traffic and resolution advisories, and the recent addition of faster logging and additional configurable options within FlightHorizon. 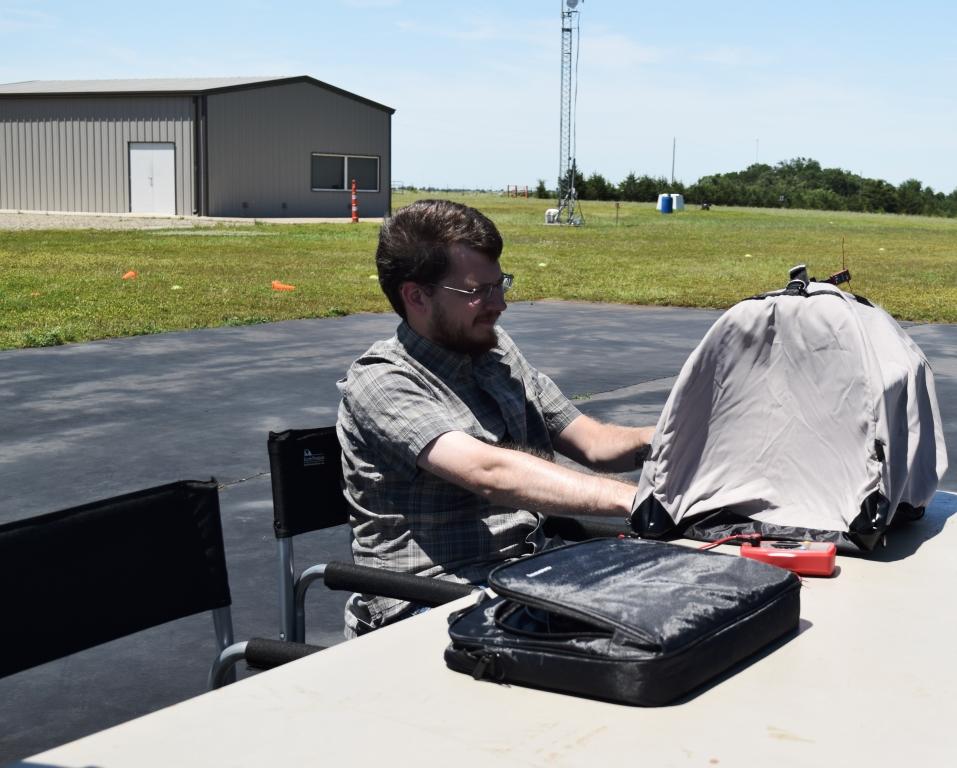 From the video narration:
FlightHorizon, developed by Vigilant Aerospace, is flight safety software based on an exclusively licensed NASA patent and prototype.

It provides the logic and algorithms to detect and track other aircraft using a variety of sensors and to issue an avoidance command to an unmanned pilot or autopilot to prevent potential collisions.

Avoidance commands provided by FlightHorizon and executed by the pilot were demonstrated during multiple encounters flown between small UAS.

In addition to providing advisories to unmanned pilots, commands can be sent directly to popular autopilots.

For more information on FlightHorizon or to schedule a demonstration, please visit www.VigilantAerospace.com.

Vigilant Aerospace would like to thank the staff and students at the Oklahoma State University Unmanned Aircraft Flight Station for helping us to make these flights possible, especially: 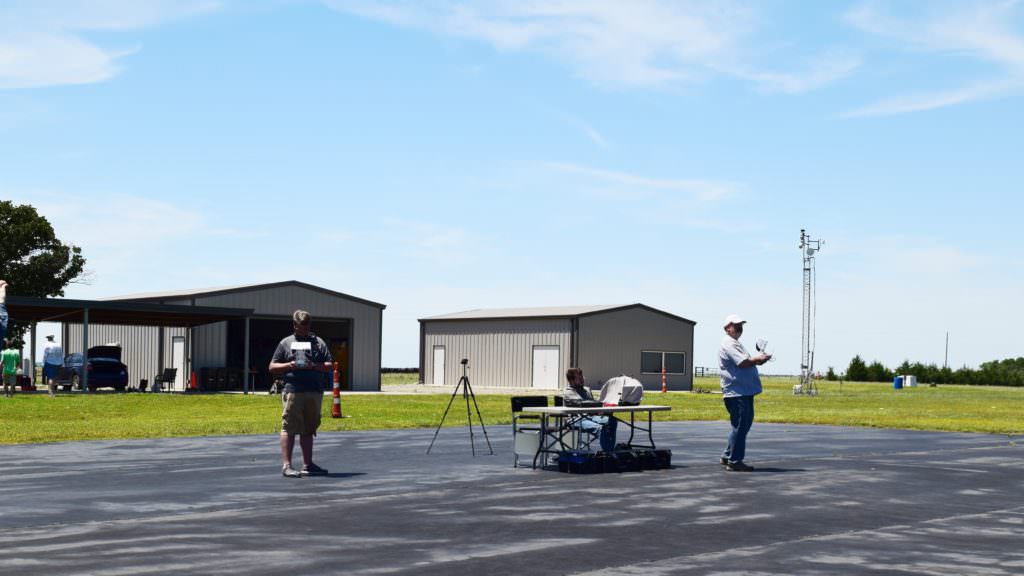 The Oklahoma State University Unmanned Aircraft Flight Station (OSU UAFS) is a dedicated unmanned aircraft systems (UAS) flight development and test facility 12 miles East of Stillwater that includes 2 runways (600 and 400 feet), an aircraft hangar and a state-of-the-art control room with monitoring capabilities. The UAFS includes a 1 mile by 1 mile flight area of unpopulated land to use for research, education and outreach in UAS. For more information, visit the UAFS website.

About the OSU Unmanned Systems Research Institute and UAS Programs

OSU is home to the first unmanned systems focus in engineering at the graduate level. The Unmanned Aircraft Systems specialization is a multi-disciplinary research and education program in the College of Engineering, Architecture and Technology on the campus of Oklahoma State University. Originally part of the School of Mechanical and Aerospace Engineering the program has expanded to encompass many other departments across campus, including Electrical and Computer Engineering, Computer Science, and Biosystems and Agricultural Engineering.

The UAS program provides students with a recognized emphasis in instruction and research in the area of Unmanned Aircraft Systems and supplies students with hands-on analysis, design, construction and flight testing of UAS platforms. Students working in UAS at OSU will work on projects that include flight testing and operations to be conducted at OSU UAS airfields in Stillwater and in partnership with the University Multispectral Laboratories. Research opportunities include UAS Design, Aerodynamics, Flight Path Management and Airspace Integration, Sense and Avoid, Controls, Structures, Aeroacoustics, Propulsion, Communications and Operations, Sensors and Payloads. Learn more here: https://unmanned.okstate.edu