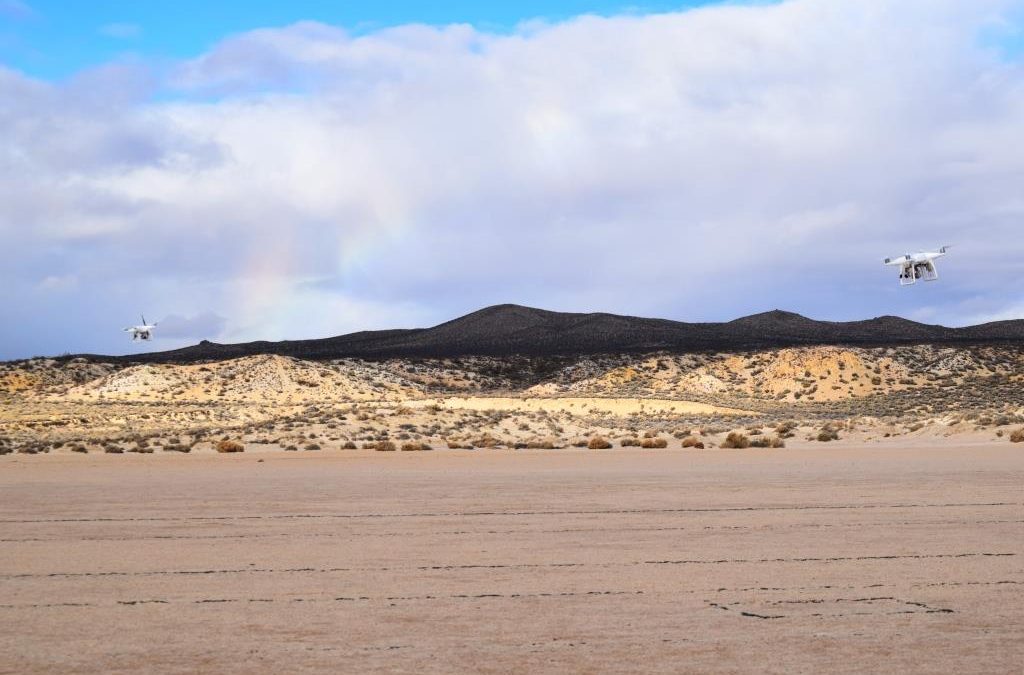 Full text from the video:

Vigilant Aerospace has completed beyond line-of-sight flight testing of its new FlightHorizon detect-and-avoid system for drones at NASA Armstrong Flight Research Center in the Mojave desert.

FlightHorizon is flight safety software that provides drone pilots with the ability to detect-and-avoid other aircraft. It is based on a NASA patent and prototype exclusively licensed by Vigilant Aerospace.

The tests were carried out with two DJI Phantom 4 drones equipped with aviation transponders and a laptop running the FlightHorizon software.

The tests were flown in NASA’s controlled airspace in Edwards, California by professional unmanned test pilots and were monitored by representatives from the FAA, the FCC, airfield safety officers and NASA scientific staff, including inventor Ricardo Arteaga and company CEO, Kraettli L. Epperson.

The software provides drone pilots with a visual map of their aircraft’s location and the location of other nearby aircraft and provides air traffic alerts and collision warnings by tracking the drone and all the aircraft around it for tens of miles.

The tests involved 18 encounter scenarios over nearly 100 flights including beyond line-of-sight flights in which the aircraft were flown at each other from out of sight.

FlightHorizon detected and tracked 100% of the air traffic and warned of all potential collisions.

The testing team used the FlightHorizon software to track and log all encounters and have since used the flight logs to continue to improve the software.

For more information on FlightHorizon, check out: