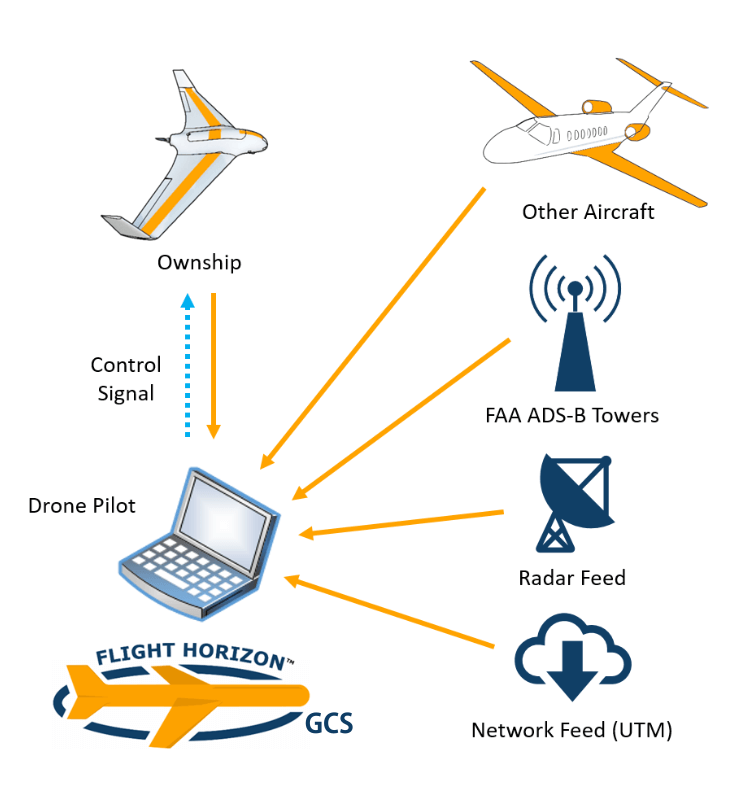 Based on a patent and software developed at NASA, the system uses algorithms and flight rules to achieve safety and regulatory compliance when flying beyond visual line-of-sight.

FlightHorizon GCS™ is installed on a laptop or workstation at the ground control station for the unmanned aircraft and uses an ADS-B receiver at the workstation and a transponder on the aircraft to track the unmanned aircraft and all other nearby aircraft in real-time to provide situational awareness, traffic alerts, collision warnings and commands to maintain safe distances. When available, add-on data sources include ground-based radar and networked air traffic control feeds (Unmanned Traffic Management – UTM).