Vigilant Aerospace Closes Investment Round with the Lubbock Angel Network 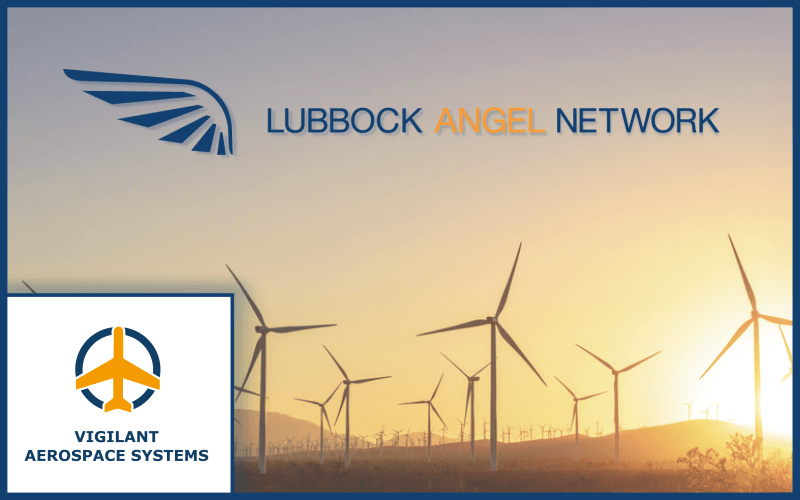 Vigilant Aerospace Closes Investment Round with the Lubbock Angel Network

OKLAHOMA CITY, OKLA. (June 21, 2017) – Vigilant Aerospace has announced a new seed investment from the Lubbock Angel Network (LAN) of Lubbock, Texas. Vigilant Aerospace was referred to LAN through the Alliance of Texas Angel Networks and closed the investment on June 21, 2017. “Vigilant Aerospace has a very compelling story about the emergence of fully autonomous vehicles and the rapidly growing market for its airspace management solution,” said Keith Patrick, Venture Manager of the LAN. “Our members were impressed with their management team, with the technology they have licensed from NASA and with the business trajectory. They appear uniquely positioned to take advantage of this market opportunity” said Patrick. “We are excited to have members of the LAN and the greater Texas investment community involved as investors in Vigilant Aerospace,” said Kraettli L. Epperson, CEO of Vigilant Aerospace. “Several members of the network are pilots and very knowledgeable about the aviation industry. The market has begun to recognize the economic and safety advantages of unmanned aircraft for commercial and industrial flights and we expect unmanned flight hours to dwarf manned flight hours in the US within a very few years.” Focused on innovative, fast-growth companies, investments from the LAN are highly competitive. Previous LAN investments include Amplisine Labs, which develops and commercializes new automation and control technologies for oil and gas, and other industries; TenantCloud, a free platform that connects tenants, landlords, and service professionals to streamline communication and payment processes for independent property managers; and Curb, a home energy monitoring system that provides real-time energy consumption data directly from the breaker panel. The new investment follows prior seed investments from Cimarron Capital Partners, the TONIC Fund and the Cowboy Technology Angels. Terms of the investment were not disclosed. About the Lubbock Angel Network The Lubbock Angel Network (LAN) was formed in partnership with Texas Tech University and the Lubbock Economic Development Alliance (LEDA) to provide seed capital, mentorship, and support to innovative, high-growth startups that have demonstrated proof of concept and market validation. Learn more at www.LubbockAngelNetwork.com. About the Alliance of Texas Angel Networks The goal of the Alliance of Texas Angel Networks is to increase the level of cooperation between angel investors in Texas with a mission to fund high-growth companies. The Alliance currently supports 12 angel groups consisting of 400 accredited investors. Together, these angel networks have invested $45MM supporting 100 startup companies. Learn more at www.AllianceofTexasAngelNetworks.com. About Vigilant Aerospace Systems Vigilant Aerospace Systems, Inc. is a provider of industry-leading next-generation flight management and safety systems for both manned and unmanned aircraft that have been developed by NASA and are designed to comply with FAA performance standards. The company’s avionics software platform, FlightHorizon™, is based on an exclusively licensed NASA patent and provides situational awareness, synthetic cockpit views, detect-and-avoid and other flight information to enable integration of commercial drones into the national airspace. For more information, visit www.VigilantAerospace.com.