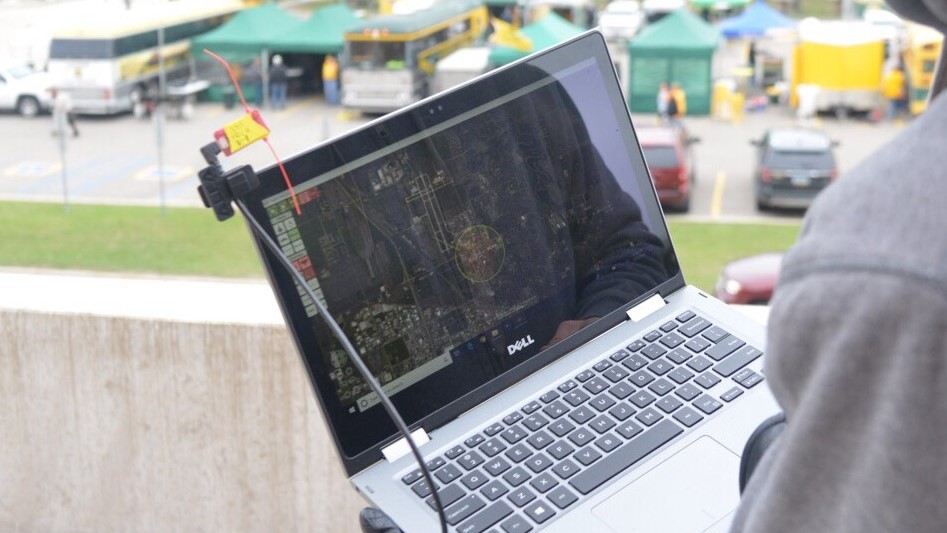 The flights were led by the North Dakota Department of Transportation and monitored onsite in real-time with our FlightHorizon airspace awareness and management system.

Vigilant Aerospace Systems has recently participated in a ground-breaking unmanned aircraft flight that helps to pave the way for routine flights over people, a major milestone in the development of commercial drone regulations in the US.

Recently, the company used its FlightHorizon system to provide airspace monitoring for drone flights over crowds of people at a large annual tailgate party at the FargoDome in Fargo, North Dakota.

Two drones, operated by CNN and Botlink, provided live video to the media and local law enforcement while Vigilant Aerospace monitored nearby air traffic to alert the pilots of any potential conflicts.

The drone flights were led by the North Dakota Department of Transportation and observed by officials from the Federal Aviation Administration.

The flights were carried out with a special waiver as part of the FAA’s new unmanned aircraft Integration Pilot Program and marked the first major drone flights over people carried out under the program.

Vigilant Aerospace is a member of the Integration Pilot Program teams in North Dakota and Alaska.

For more information about the flights and about FlightHorizon, visit www.VigilantAerospace.com.

Read more about the flights: