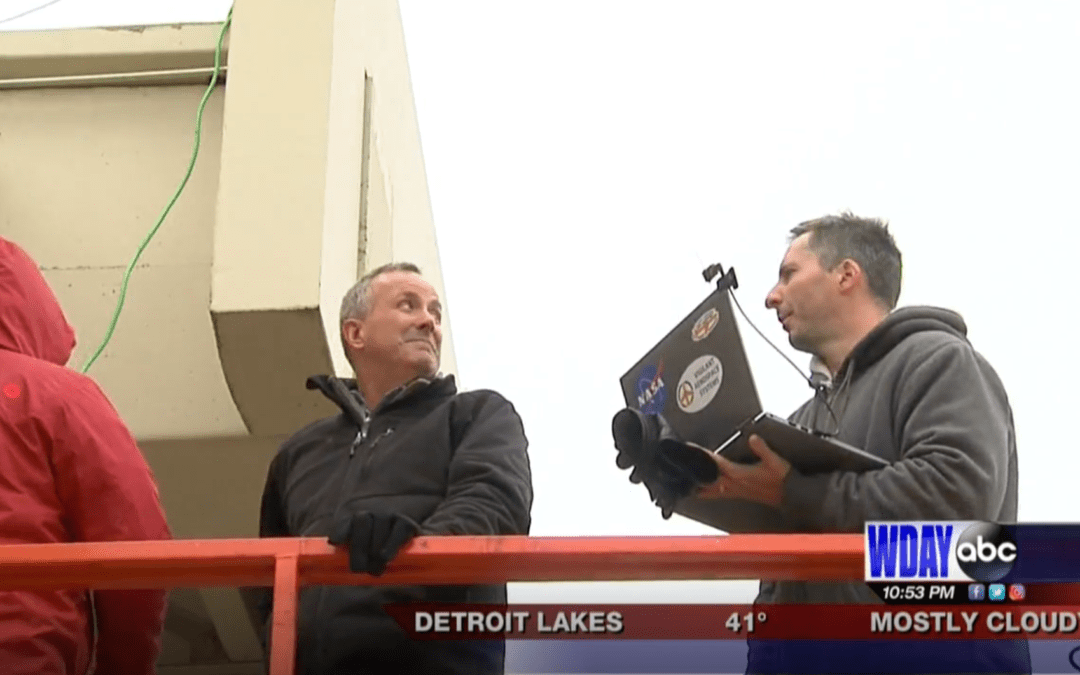 Vigilant Aerospace Systems, Inc. has successfully participated in a ground-breaking unmanned aircraft flight that helps to pave the way for routine flights over people, a major milestone in the development of commercial drone regulations and the use of unmanned aircraft in the US. 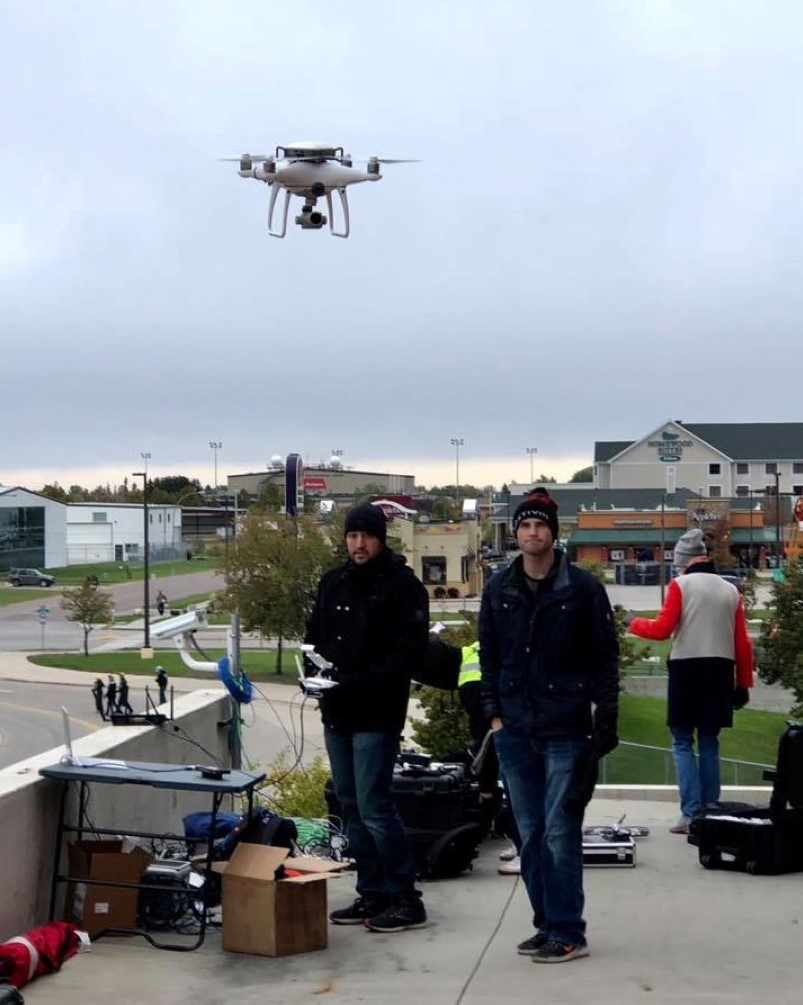 Drone taking flight at the FargoDome for IPP test flights over people.

Vigilant Aerospace provided airspace monitoring, flight safety and airspace logging using its FlightHorizon GCS product as part of a team in North Dakota participating in the FAA’s new Unmanned Aircraft Systems (UAS) Integration Pilot Program (IPP). The flight was completed with an FAA waiver and FAA observers on-site and represents an important step forward for the industry and in the development of the safety case for routine flights over people by unmanned aircraft. Vigilant Aerospace Systems is partnered with the North Dakota UAS Integration Pilot Program and is providing FlightHorizon software as an airspace monitoring, flight logging, data collection and safety mitigation tool for the team’s flight operations. The North Dakota IPP team is led by the North Dakota Department of Transportation and other members include the Northern Plains UAS Test Site, CNN, Botlink, ParaZero, AirMap, and several other local and state organizations. The flights took place intermittently for several hours on Saturday, September 29 from 9:00 a.m. to 2:00 p.m. over the annual tailgate party at the FargoDome before the North Dakota State University (NDSU) and South Dakota State University (SDSU) football game. Located on the northeast corner of the NDSU campus, the FargoDome is about one-half mile southeast of Hector International Airport and the Fargo Air National Guard Base, both of which had ongoing air traffic during the drone flights. The FAA’s current commercial drone regulations prohibit flights over people without prior approval through the waiver process, which is a public safety precaution until regulations catch up with rapidly developing drone technology.

In a recent announcement by the North Dakota Department of Transportation, Russ Buchholz, UAS Integration Program Administrator at NDDOT commented, “NDDOT is excited to work with Northern Plains UAS Test Site and partner with CNN, Botlink and ParaZero to advance research and commercialization of Unmanned Aircraft Systems. We are testing the safety of UAS systems and looking at how they can operate in different types of situations.”

Prior to the flights, the team was granted an FAA Part 107.39(a) waiver to fly over the crowds at the tailgate party event. Flights were conducted under the supervision of representatives from the North Dakota Department of Transportation and observed by the Federal Aviation Administration (FAA). These flights are part of a series of unmanned aircraft flights being conducted for the North Dakota IPP over the next three years with the purpose of demonstrating safety case for unmanned aircraft systems use in advanced operations including flights-over-people, beyond visual line-of-sight and night flights, three key initiatives of the IPP. The IPP is designed to help the FAA collect data, develop safe processes and new regulations to advance the commercial UAS industry in the US. On Saturday, the drone performed multiple passes over the tailgate crowd gathered around the stadium, capturing real-time video footage for the team’s media and law enforcement partners as well as real-time traffic and safety data. As part of the community response and outreach portion of the Integration Pilot Program in North Dakota, the team set up a booth to engage with the public, answer questions and provide the opportunity for the public observers to respond to a survey about the flights. Vigilant Aerospace Systems provided real-time airspace monitoring to the pilots, who operated the aircraft from the FargoDome canopy. Using FlightHorizon, Vigilant Aerospace Systems logged the flight data, including airspace logging, to provide data and safety validation to the FAA for the flights and the program. 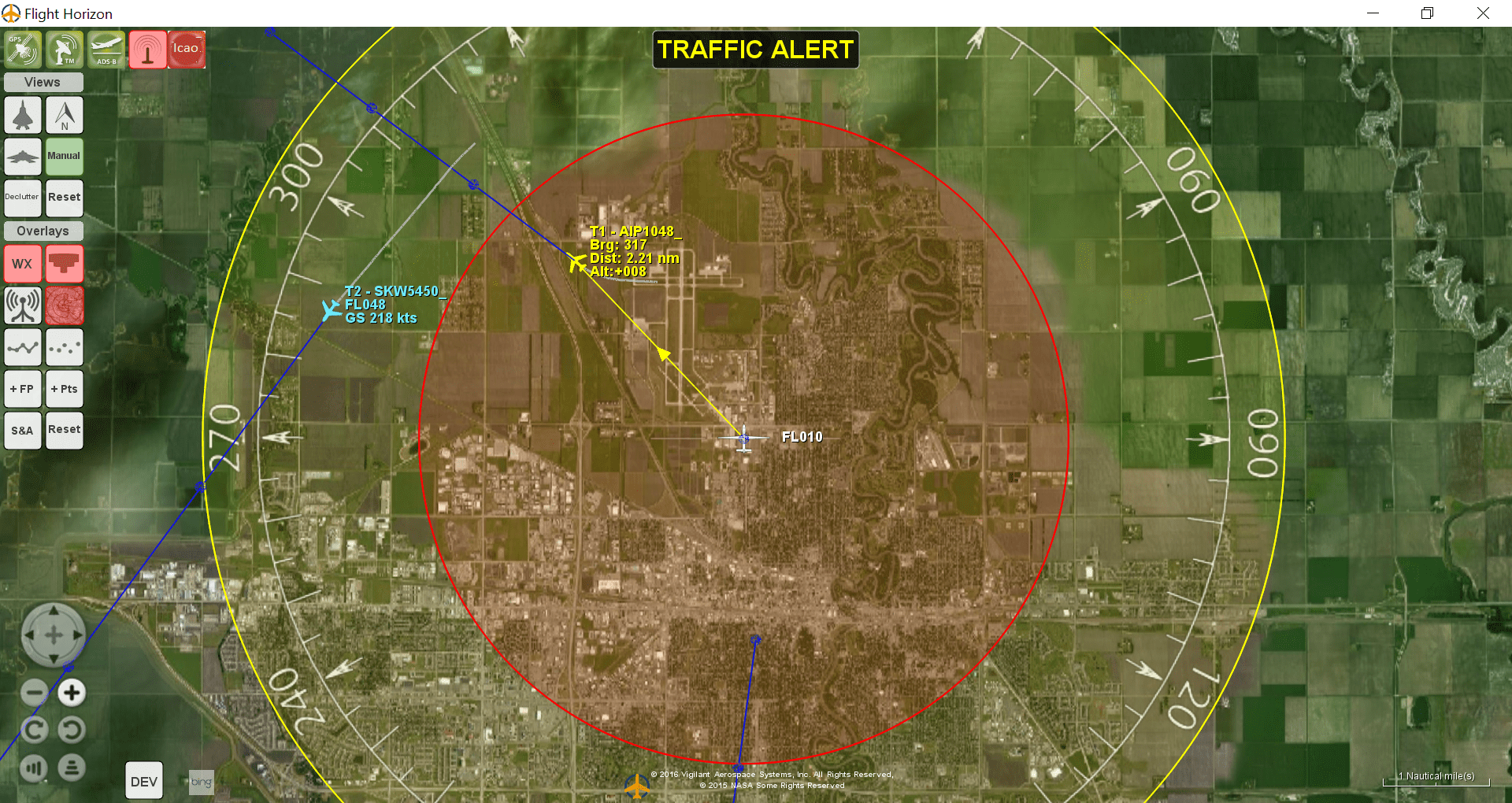 Screen capture of FlightHorizon monitoring the airspace over the FargoDome

“We were able to simply turn on FlightHorizon GCS and provide all of the functions needed to do airspace monitoring for these flights. It was a great opportunity meet with the FAA, have in-depth discussions and to cooperate with the team in these early test flights,” commented Vigilant Aerospace Systems CEO Kraettli Epperson. “We are looking forward to continuing to provide airspace monitoring, logging and other safety and management services that will help the IPP teams conduct flights. We expect that these flights will be key in creating new regulations to allow commercial unmanned aircraft operations to be fully and safely integrated into the national airspace and for the US to realize the full economic potential of unmanned aircaft,” said Epperson. FlightHorizon GCS is airspace monitoring and active detect-and-avoid software for unmanned aircraft systems based on an exclusively licensed NASA patent and prototype that has been extensively tested and has been the subject of multiple research papers co-authored by NASA and the company. FlightHorizon is being used for IPP flights being carried out by the North Dakota and the Alaska IPP teams. In May, 2018, the US Department of Transportation selected 10 IPP teams out of 149 applicants nationwide to participate in the program with the aim of collecting data, exploring advanced UAS operations and making the safety case for advanced operations in the US national airspace. 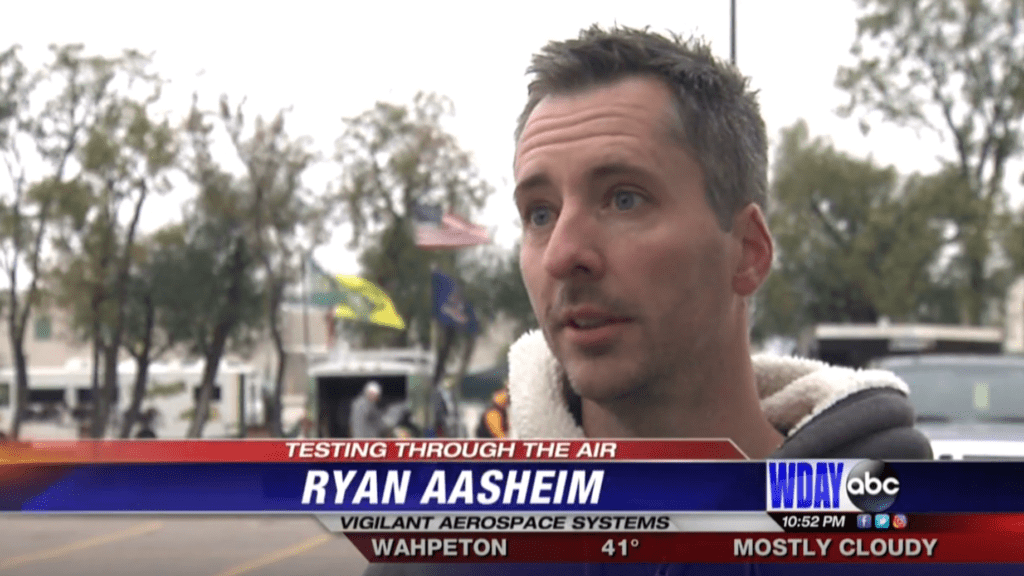 For more information on FlightHorizon, visit our Products and Services Overview page. “This is one of the first flights of this kind. This is actually… historical in terms of the unmanned aircraft industry or drone industry. This is one of the first flights over people conducted on this scale,” Ryan Aasheim, Vigilant Aerospace Systems’ Business Development Manager, told WDay Reporter Tyler Ziegler in an interview at the FargoDome the day of the flights. Aasheim operated the software during the flights. “We’re continuing to do things that people from other parts of the country and the world think, ‘You know that’s not going to happen in North Dakota. That’s not gonna happen in Fargo.’ We continue to push the boundaries and we continue to make history here,” said Aasheim.
Top Photo: Ryan Aasheim of Vigilant Aerospace uses FlightHorizon GCS to provide airspace monitoring to the North Dakota UAS IPP team during the football tailgate party at the FargoDome on September 29, 2018. 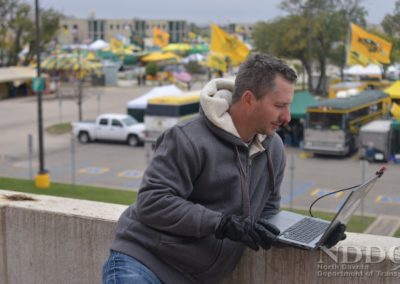 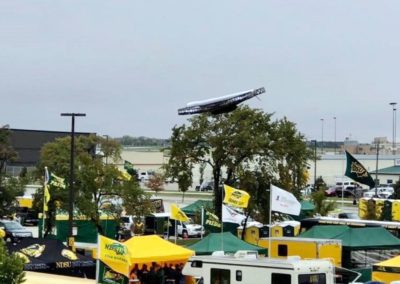 CNN drone flying over the NDSU tailgate at the FargoDome for the NDDOT IPP test flights over people. 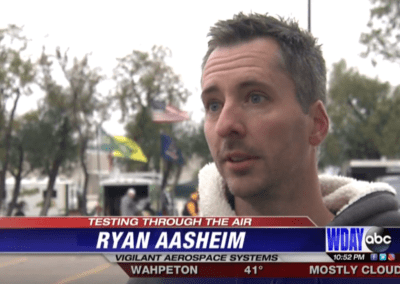 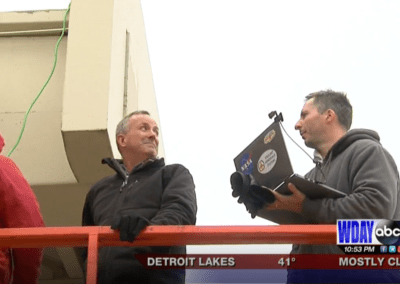 Vigilant Aerospace Systems’ Business Development Manager, Ryan Aasheim, riding to the top of the FargoDome to monitor the flights 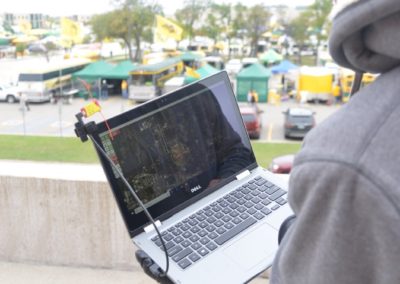 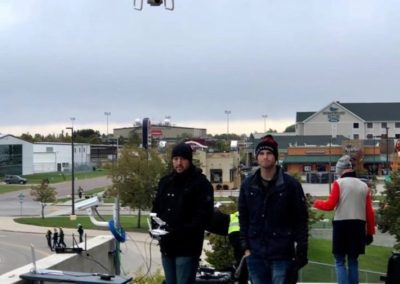 Botlink drone taking flight at the FargoDome for IPP test flights over people.

FlightHorizon detect-and-avoid & airspace awareness for the #IPP Flights this weekend at the #FargoDome #BisonNation Tailgate with @NDDOTFargo & team with observers from the @FAANews . Building a safety case for #Drone flights over people! https://t.co/tYMVQPhsJv

We were on-site at the #FargoDome this morning getting ready for #UAS Integration Pilot Program flights over the #NDSU vs. #SDSU tailgate this weekend with @NDDOTFargo North Dakota Department of Transportation and @CNN_AIR pic.twitter.com/sJYS857RKU

Eyes to the sky this weekend at the #FargoDome! @NDDOTFargo will be running #IPP #drone flights over the #tailgate. We’ll be on the ground with the pilots monitoring the airspace for flight safety with #FlightHorizon https://t.co/WDFt44Rf45