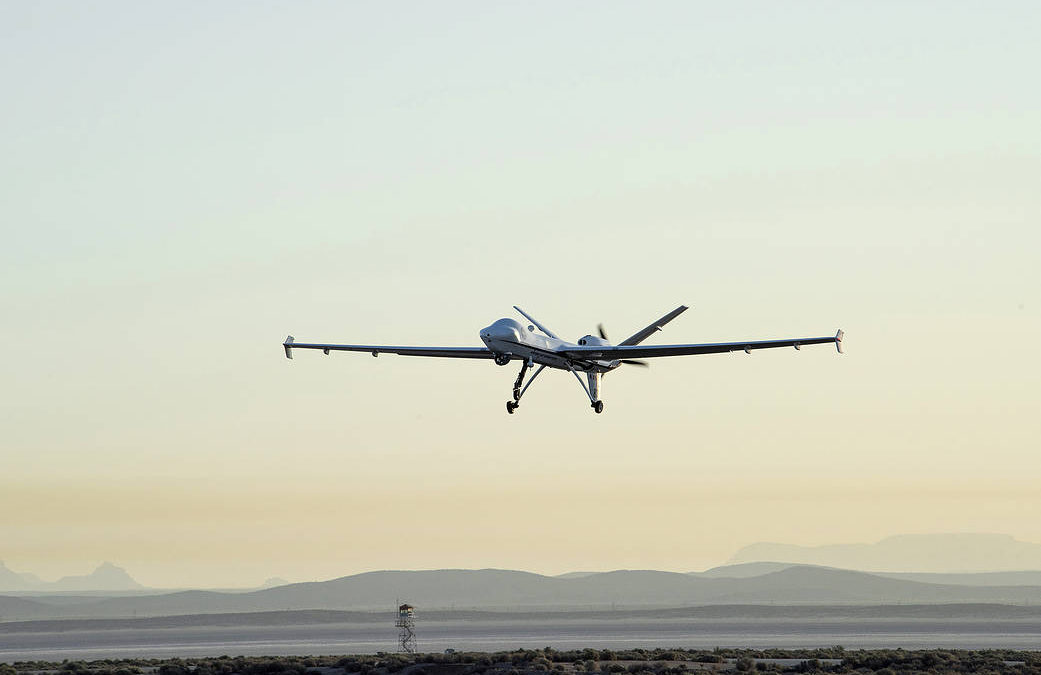 A new NASA report profiles three projects in which the agency has used Vigilant Aerospace’s FlightHorizon software to (1) demonstrate detect-and-avoid capabilities to advance integration of unmanned aircraft into the US national airspace; (2) help in development of supersonic aircraft technologies; and (3) in the development of new lightweight aircraft antennas.

The report mentions the use of FlightHorizon to provide portable, real-time airspace situational awareness for disaster relief flights after Hurricane Harvey hit the Houston area in September, 2017, and outlines specific benefits of the software for the future of unmanned aircraft systems and integration into the US national airspace. 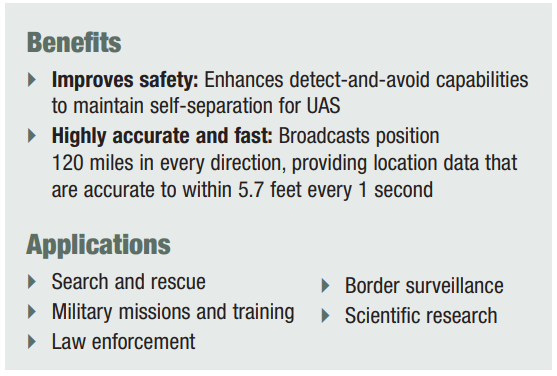 Benefits and Applications of FlightHorizon from the NASA report.

Also, the report lays out NASA Armstrong’s overall mission to enable autonomous systems and improve the safety of the national airspace:

“Armstrong is contributing to NASA’s Roadmap for Robotics, Tele-Robotics, and Autonomous Systems through research in a wide range of areas, such as artificial intelligence, advanced flight control laws, new testing methods, collision avoidance technologies, and much more. Armstrong’s pioneering research into lifesaving collision avoidance technologies has the potential to be applied beyond aviation and could be adapted for use in any vehicle that has to avoid a collision threat, including aerospace satellites, automobiles, marine vehicles, and more.”

NASA and Vigilant Aerospace collaborated on flight demonstrations in late 2016 and published research in 2017 and 2018 on the use of the FlightHorizon software to provide detect-and-avoid capabilities to unmanned aircraft:

“Innovators at Armstrong and Vigilant Aerospace Systems collaborated for the flight test demonstration of an integrated ADS-B-based collision avoidance technology on a small unmanned aerial system (UAS) equipped with a micro ADS-B transceiver. The ADS-B Detect-and-Avoid (DAA) system is capable of providing small UAS with air-to-air collision avoidance against manned or unmanned vehicles.”

NASA considered the tests to be highly successful:

The flight tests resulted in the publication of an AIAA SciTech paper on the project in 2018: NASA Publishes Paper at the 2018 AIAA SciTech Forum on BVLOS Flight Testing of FlightHorizon Detect-and-Avoid System

Here is a video about our detect-and-avoid flight tests at NASA Armstrong:

The report also described the use of FlightHorizon in disaster relief flights carried out in the wake of Hurricane Harvey on the Texas Gulf Coast in September 2017: 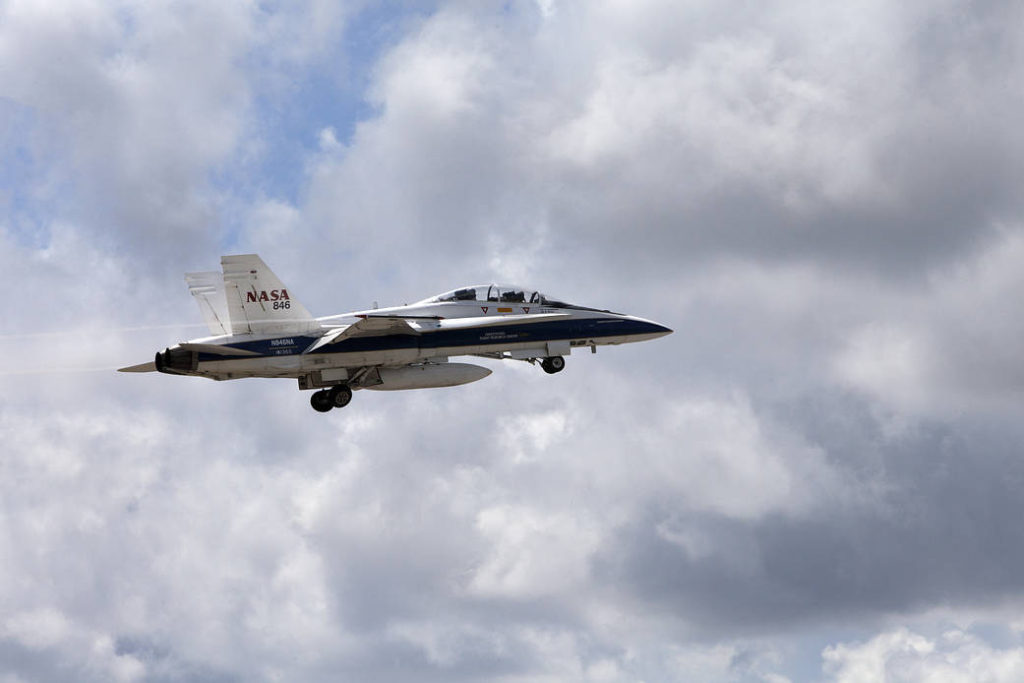 A NASA F-18 jet has taken off from the agency’s Shuttle Landing Facility at NASA’s Kennedy Space Center in Florida. Several flights a day have been taking place the week of Aug. 21, 2017 to measure the effects of sonic booms. It is part of NASA’s Sonic Booms in Atmospheric Turbulence, or SonicBAT II Program. NASA at Kennedy is partnering with the agency’s Armstrong Flight Research Center in California, Langley Research Center in Virginia, and Space Florida for a program in which F-18 jets will take off from the Shuttle Landing Facility and fly at supersonic speeds while agency researchers measure the effects of low-altitude turbulence caused by sonic booms.

The report mentions future use of our new product, FlightHorizon COMMANDER, to provide a ground control station for the flights:

“The team is also working to demonstrate a similar system on Boeing F/A-18 and F-15 platforms for supersonic flight operations.”

Video overview of the program:

Finally, the report mentions the use of FlightHorizon in the development of a new lightweight conformal antenna design. In this project, FlightHorizon is being used to help monitor aircraft and to steer ground-based tracking systems to remain on-target: “The team is working to develop an ADS-B ground station for NASA’s Conformal Lightweight Antenna Structures project, which is developing antennas that enable beyond-line-of-sight command and control for UAS.”

Watch a video about the new antenna design here:

FlightHorizon is a complete autonomous detect-and-avoid and airspace management solution to deliver situational awareness, and commands to self-separate and maintain well-clear distances for both piloted and autonomous unmanned aircraft. The software provides unmanned aircraft pilots with a 2D map-based view and 3D synthetic cockpit view of the airspace and full sensor fusion across aviation transponders, radars and online data feeds. The system is designed to help operators maintain flight safety and achieve beyond visual line-of-sight flight authorizations. Visit our Products and Services Overview for more information on FlightHorizon.