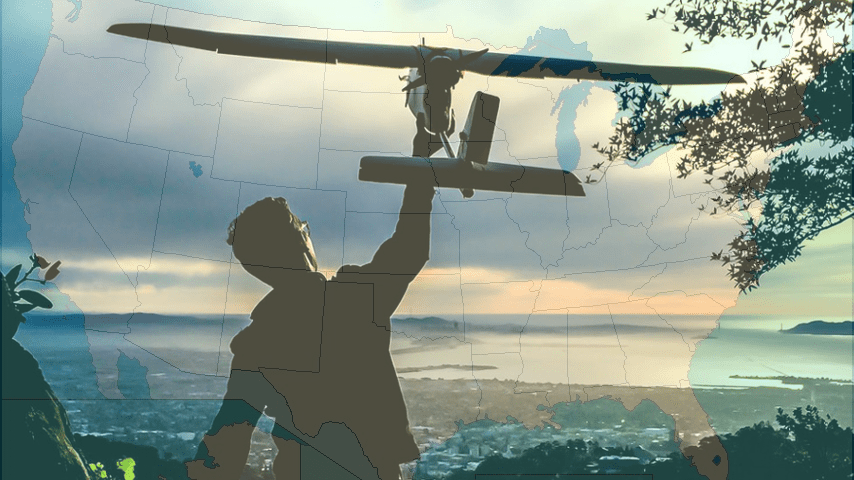 The FAA’s new UAS Integration Pilot Program  (UIPP) is the biggest new regulatory initiative and industry opportunity in the unmanned aircraft industry since the publication of Part 107 in August 2016.

The UIPP is a newly announced initiative by the FAA to collaborate with state, local and tribal governments throughout the US to establish “Innovation Zones” where the local jurisdictions can establish their own flight rules in coordination with the FAA.

These zones will allow local jurisdictions to experiment with advanced flight operations like beyond visual line-of-sight flights, package delivery and other operations. Interested local governments are applying to the program now and at least five will be chosen initially but more may be selected over time, according to the Federal Register publication announcing the program.

The program runs for three years, but the FAA says in their FAQ accompanying the program that they may adopt new operational rules and technologies into the national airspace that have been successfully tested in local Innovation Zones prior to the end of the program.

Find links to the FAA’s announcements and program details at the bottom of this post.

Analysis of the Program

We are very pleased to see positive progress towards beyond visual line-of-sight flight authorization and unmanned delivery authorization in the US airspace. This is a critical next step for the US commercial unmanned aircraft industry in order to remain competitive with developments in other countries. This program is explicitly aimed at making these operations happen and fostering innovation generally for unmanned aircraft.

We also like that the deadline is near-term and the initial application is short and to-the-point. The application is a multi-step process, allowing many jurisdictions to throw their hats into the ring initially with a short form, and requiring the winners in the first round of applications to provide more details in subsequent rounds.  It is also good that under this program, Lead Applicants must collaborate with private industry to provide integration technologies and solutions. And, while it generates complexity, the inclusion of state, local and tribal governments as the Lead Applicants for the program obviously serves the purpose of gaining the cooperation of these local jurisdictions in the integration of unmanned aircraft into the US airspace while encouraging them to take responsibility for the authorization and associated risks of allowing advanced flights in their boundaries. It allows local leaders to have a genuine stake in how low-level airspace is used in their cities, counties and states.

The potential diversity of selected jurisdictions should encourage research and operations in a great range of environments and terrains and with a variety of priorities and flight rules. These could include both large-scale flights for pipeline inspection and environmental surveying while also enabling small-scale operations like those carried out by local fire departments and sheriff’s departments to support their day-to-day operations. Finally, we love that there is an emphasis on flight safety and integration into air traffic control and other airspace information and management technologies.

Major risks to the program include the long delay between application acceptance and the start of new flight programs in the selected Innovation Zones. This runs the risk of a potential change in public policy and political attitudes between the launch of the program and the first flights, which could disrupt a very promising program.

There is also no budget from the FAA or any other Federal source to support participation in the program. Local governments must pay their own way and support their own Innovation Zones. This puts the entire financial burden for planning, managing and executing the advanced flight operations onto the local jurisdictions. Many industry partners – including Vigilant Aerospace – are offering to participate mainly at their own expense in order to offset some of the costs of the program.

We also feel that the program would benefit from making a commitment to a continuous selection process. While the memorandum ordering the program mandates at least five Innovation Zones be selected, it would make sense to allow many additional jurisdictions to be accepted into the program over time and to encourage or require the FAA to keep selecting and cooperating with local governments committed to the program.

Resources at the FAA are limited, but much of the burden for financing, safety and management has already been placed onto the local operators of these Zones. Why not let them develop organically and support as many viable Zones as possible, over time? We hope to see the program mandate interpreted to cause the inclusion of many additional zones in the future, especially as particular safety technologies and airspace management strategies prove themselves effective.

Overall, we are excited to see the launch of this program and look forward to participating as an industry partner and technology provider for one or more Innovation Zones in the near future.

Third-Party Analysis of the Program: