“A NASA Researcher, a Commercialization Expert, and an Investor walk into a bar…” – Vigilant Aerospace Presenting at UAS Tech Forum 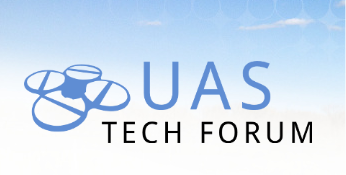 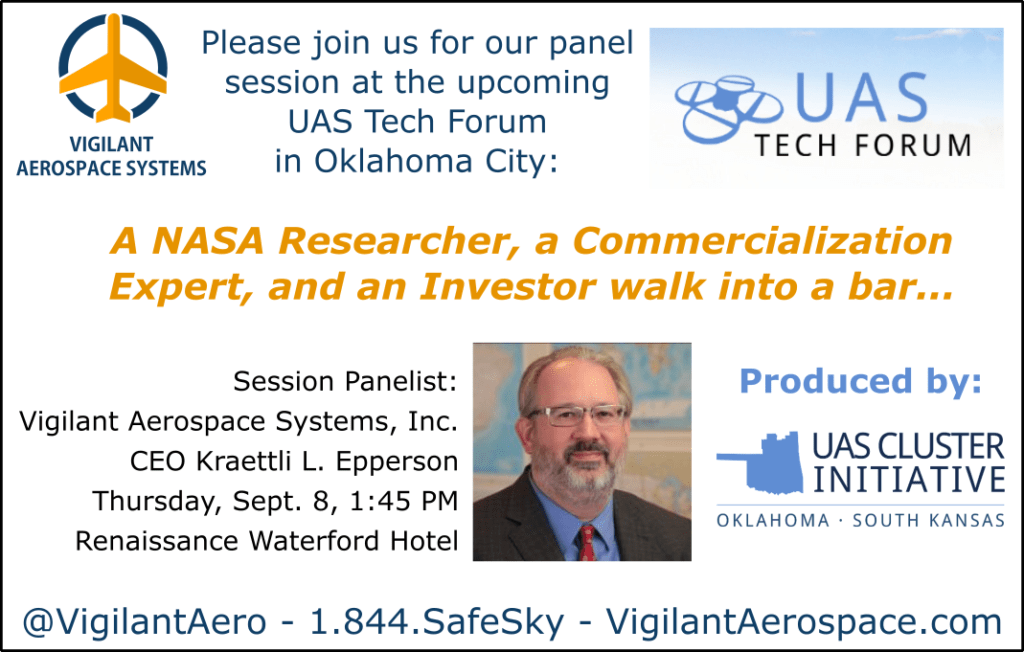 How a NASA Technology Grew Up to Become a Company

From the event description: This session will explore how a NASA technology grew up to become a company. Each member of the team brings a unique perspective to the “Deal”. They will take you through the genesis of this deal, how and why each contributed, and lessons learned. In the end you will learn how entrepreneurs are tapping into federal lab portfolios and making companies.

Kraettli Epperson, our CEO and Co-Founder has a 20-year career as a technology company executive and founder, investor, startup advisor, software developer, and software architect. Mr. Epperson’s accomplishments include participating as an advisor, investor or co-founder in 25 technology companies, including as co-founder and CTO of the world’s largest academic digital library, acquired by Gale Publishing; founder and CEO of the first public Lotus Notes network in Europe; Co-inventor, technology patent holder and chairman of a leading voice and digital crisis communications company serving 5 of the top 20 transit agencies in the US; Founder and CEO of the software company managing all land and right-of-way data for a $1Bn regional rail expansion; Creator and lecturer for 4 years of the first undergraduate course in entrepreneurship at Rice University; and co-founder and Managing Director of a venture accelerator that in 24 months launched 11 startups, 5 of which acquired funding on multi-million dollar valuations. Mr. Epperson’s most recent work has been as CEO and now executive chairman of a company providing leading-edge geospatial software and data management solutions for large public and private sector entities operating in oil and gas, pipelines and utilities, rail, wireless, and land management.

Robert Heard, Vigilant Aerospace Systems’ board chairman, is a Co-Founder and Managing Director of Cimarron Capital Partners and has over 20 years of experience as a venture capital investor advising hundreds of technology companies and making dozens of startup investments. He was a founding director of the National Association of Seed and Venture Funds (NASVF) and is a member of the National Advisory Council of the Federal Laboratory Consortium for Technology Transfer. Robert has co-authored several practical guides on venture investing, including “Seed Investing as a Team Sport,” “Swing for the Fences–Seed Investing for Entrepreneurs,” “Growing New Businesses with Seed and Venture Capital–State Experiences and Options,” the “Innovation Finance Reference Guide,” and “Mexico Fund of Funds Analysis and Recommendations.” Robert frequently speaks on such topics as capital formation, portfolio optimization, and state venture capital strategies. He has presented at meetings of the National Governors’ Association, the Council of Development Finance Agencies, the Brazilian Association of Capital Markets Analysts, and the Institute for International Research, among others. REGISTER TO ATTEND – UAS Tech Forum September 7-8, 2016