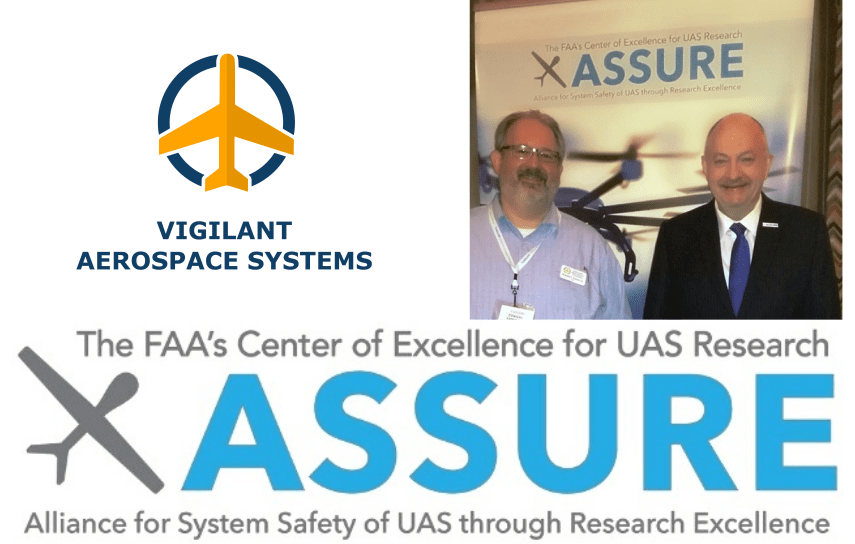 Vigilant Aerospace Systems has become a testing and research partner in the FAA’s ASSURE program for unmanned aircraft safety, including the development and testing of detect-and-avoid and beyond visual line-of-sight flight systems. This announcement comes after Vigilant Aerospace CEO Kraettli Epperson attended the FAA’s ASSURE Program Industry Partner Day in Santa Fe, New Mexico to meet with program directors and industry leaders about efforts to build standards for the operation of drones beyond visual line-of-sight. Here is the full text of the announcement: Press Announcement – Vigilant Aerospace Joins FAA ASSURE Program – December 19 2016 [PDF] 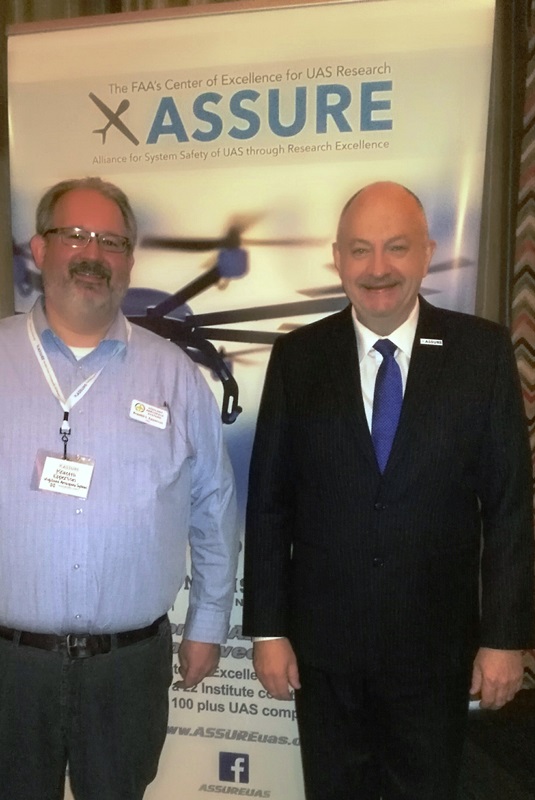 “We are very excited to have Vigilant Aerospace involved in ASSURE and as a testing partner in our detect-and-avoid and beyond line-of-sight research process,” said Professor Mark Askelson of University of North Dakota, a lead in the ASSURE effort called “Small UAS Detect and Avoid Requirements Necessary for Limited Beyond Visual Line of Sight (BVLOS) Operations.” Askelson’s goal is to provide the FAA with data and recommendations for adoption of standards for detect-and-avoid systems. “We believe that our participation in the FAA’s ASSURE program is an important step in bringing effective detect-and-avoid for unmanned aircraft to market. Detect-and-avoid and situational awareness are critical components for unlocking commercial use of unmanned aircraft for industries that are eagerly awaiting this solution,” said Kraettli L. Epperson, CEO and co-founder of Vigilant Aerospace. The partnership will provide ASSURE with access to Vigilant Aerospace products to model, simulate and test FlightHorizon-enabled drones under demanding flight conditions and with a wide variety of encounter scenarios and range of aircraft. About FAA ASSURE The FAA’s Aircraft Safety for UAS through Research Experience program (FAA ASSURE) leverages the expertise and resources of its 22 member universities to provide industry-leading research and testing of new unmanned aircraft safety technologies, especially focused on detect-and-avoid systems and beyond visual line-of-sight unmanned flight. The program’s mission is to provide the FAA with the research needed to quickly, safely and efficiently integrate unmanned aerial systems into the national airspace and with minimal changes to our current system and was formed 18 months ago. Learn more at www.ASSUREuas.org About Vigilant Aerospace Systems Vigilant Aerospace Systems, Inc. in a provider of industry-leading next-generation flight management and safety systems for both manned and unmanned aircraft that have been developed by NASA and are designed to comply with FAA performance standards. The company’s avionics software platform, FlightHorizon™, is based on an exclusively licensed NASA patent and provides situational awareness, synthetic cockpit views, commands to maintain well-clear distances and other flight information to enable integration of commercial drones into the national airspace. For more information, visit www.VigilantAerospace.com.