Vigilant Aerospace has been selected to provide detect-and-avoid and airspace safety systems using our FlightHorizon product to two Unmanned Aircraft Systems (UAS) Integration Pilot Program (UIPP) participants, selected and announced yesterday by the FAA. The two teams made compelling proposals to the FAA to help advance the state of the UAS industry in the US, to help collect data, establish airspace safety and, ultimately, help the FAA to define the rules for safe integration of UAS into the national airspace. As a program partner, Vigilant Aerospace will be working with these two UIPP teams to enable flights beyond visual line-of-sight flights, flights at night and other advanced flight operations. Both teams offer unique opportunities for flight testing and collaboration with key leaders in the UAS industry. 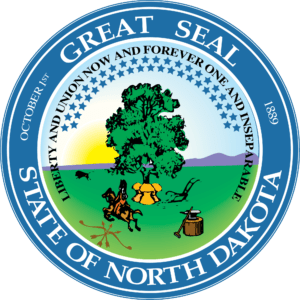 The North Dakota team, led by the North Dakota Department of Transportation, applied to be allowed to carry out a wide range of flights. From the FAA description of their proposal, “The proposal includes a wide variety of diverse operations that incorporate advanced technologies that seek to expand UAS operations at night and Beyond Visual Line of Sight. The proposal will focus on data from four criteria: external systems, aircraft system technologies, training requirements, and processes and procedures.” The North Dakota proposal says that it provides many benefits to the UAS Integration Pilot Program: “Operations will be in multiple types of airspaces ranging from rural to urban areas. Working with experienced UAS research partners will lead to scalable operations for a multitude of UAS industries including linear infrastructure inspections, crop health monitoring, and media reporting and emergency response.” The team also published a full announcement about the selection: “Northern Plains UAS Test to Participate in the UAS Integration Pilot Program”

From the announcement: “The Northern Plains UAS Test Site is looking forward to working with the best industry and statewide partners to expedite the integration and approval process for advanced UAS operations,” said Nicholas Flom, Executive Director of the Northern Plains UAS Test Site. “There is much work to be done to solve the challenges brought forth by the Integration Pilot Program, but we have a premier team that supports this initiative, and we are confident in our ability to help the USDOT and the FAA enable UAS integration.”

The University of Alaska-Fairbanks UIPP Team

The Alaska team, led by the University of Alaska-Fairbanks (UAF), proposed a campaign of industrial and environmental support flights. From the FAA’s description of the application: The proposal’s primary focus is pipeline inspection and surveying in remote areas and harsh climatic conditions, but it has proposed a broad range of other types of operations in urban and rural areas, ranging from public safety to UAS detection. UAF is especially interested in using products like FlightHorizon to enable airspace management and detect-and-avoid and to provide airspace safety over long-distance flights. 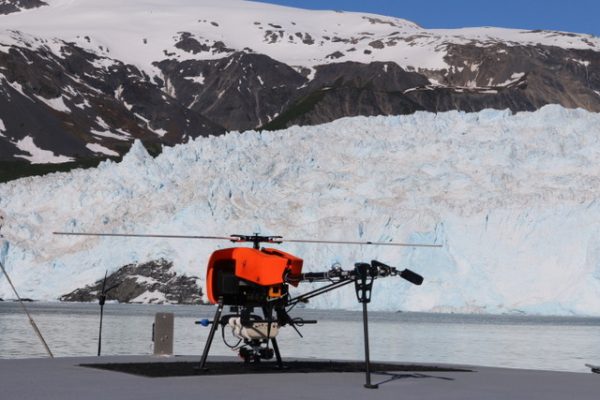 From the FAA description, “The awardee uses enabling technologies that include collision avoidance, detect-and-avoid day and night, ADS-B, differential GPS, satellite services, infrared imaging and UTM. Operations in remote areas provide a unique opportunity to evaluate data on several advanced technologies. The unique climate and operating environment also provide an opportunity not available to other awardees.” You can read the Alaska team’s full announcement on the selection announcement here: “UAF selected for new federal drone program”

From the UAF announcement: “We are thrilled to have brought a UAS Integration Pilot Program home to Alaska,” said Cathy Cahill, the director of the Alaska Center for UAS Integration in the UAF Geophysical Institute. “The 21 partners associated with our proposal represent the best UAS manufacturers, technology developers, operators and public and private end users from Alaska and the rest of the U.S. The talent associated with this partnership should move the safe operation of UAS in Alaska airspace forward significantly.”

The UIPP is the next major step towards enabling the safe integration of advanced, commercial UAS in the national airspace. Opening the skies for commercial unmanned aircraft flights will enable the full economic impact of unmanned aircraft to be felt and create new opportunities for economic growth and better public safety.

“The enthusiastic response to our request for applications demonstrated the many innovative technological and operational solutions already on the horizon,” said U.S. Transportation Secretary Elaine L. Chao during the official press announcement of the UIPP selectees on May 9, 2018.

Vigilant Aerospace will be working with these teams to maximize the results from the UIPP flights and will continue to work with public and private sector unmanned aircraft operators worldwide to enable safe UAS integration into national airspaces using FlightHorizon. From the US DOT announcement about the program selections made yesterday: The UAS Integration Pilot Program will help tackle the most significant challenges to integrating drones into the national airspace and will reduce risks to public safety and security. The program is a coordinated effort to provide certainty and stability to communities, drone owners and the rapidly evolving drone industry. In less than a decade, the potential economic benefit of integrating UAS in the nation’s airspace is estimated at $82 billion and could create 100,000 jobs. Over the next two and a half years, the selectees will collect drone data involving night operations, flights over people and beyond the pilot’s line of sight, package delivery, detect-and-avoid technologies and the reliability and security of data links between pilot and aircraft. The data collected from these operations will help the USDOT and FAA craft new enabling rules that allow more complex low-altitude operations, identify ways to balance local and national interests related to UAS integration, improve communications with local, state and tribal jurisdictions, address security and privacy risks, and accelerate the approval of operations that currently require special authorizations. Read more from the announcement here: “U.S. Transportation Secretary Elaine L. Chao Announces Unmanned Aircraft Systems Integration Pilot Program Selectees” Photo Credit: Alaska Center for Unmanned Aircraft Systems Integration (ACUASI) / University of Alaska Fairbanks