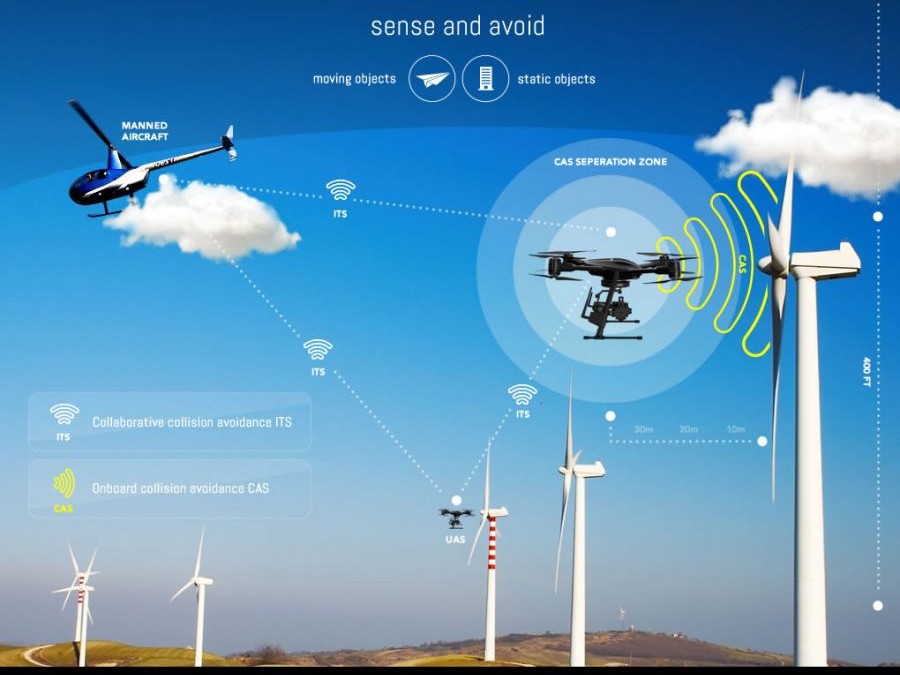 IDST: International Defence, Security and Technology, published a detailed report on March 7, 2016 regarding the current state of sense and avoid technologies for unmanned aircraft flight automation, including review of Vigilant Aerospace’s recent licensing of NASA’s sense-and-avoid technologies for UAVs. The report is titled Reliable Sense and Avoid (SAA) systems are last stumbling block for large scale civil, consumer and security drones and provides a comprehensive overview of both cooperative and non-cooperative avoidance strategies:

Sense and avoid technology is a must if the commercial UAV sector is to achieve its full potential. At present, UAVs cannot autonomously detect or avoid other UAVs, aircraft or obstacles such as buildings, and therefore present a severe concern for mid-air collisions. As a consequence they cannot be flown out of line of sight or within close proximity to large gatherings of people, thus restricting their uses within the commercial sector.

Sense and Avoid technology, also referred to as ‘detect and avoid’, sense and avoid’ or ‘collision avoidance’, aims to fix all these problems. The aims of the technology are the same; to detect aircraft & obstacles within the vicinity of the UAV and to execute manoeuvres to restore a safe situation if needed. Sense and avoid is a sequence of functions which, using a combination of airborne and ground-based sensors, are able to perform manoeuvres to avoid collisions and serve as a UAV replacement for the tradition “see and avoid” capability for manned aircraft.

Sense and avoid is a legal requirement if autonomous UAVs are to be used within civilian airspace, requiring UAVs to be transparent to air traffic control.

…NASA has developed technology that may enable unmanned aircraft to fly safely in the national airspace along with piloted aircraft through its program called Unmanned Aircraft Systems in the National Air Space or UAS in the NAS. The patented (Patent #9,405,005) integrated communications and control system is capable of collision warnings as well as real-time traffic and weather updates.