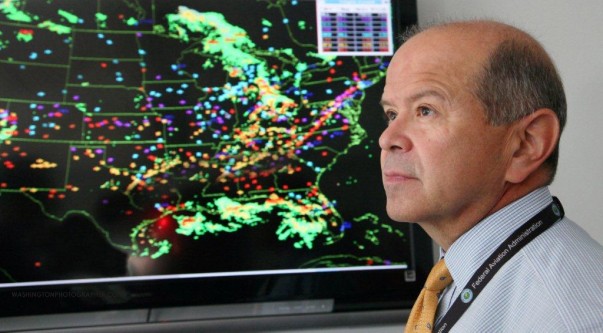 Here and Now, a live radio production of NPR and WBUR Boston, sat down last week with FAA Administrator Michael Huerta to discuss the recent bills and regulations proposed for unmanned aircrafts in the national airspace.

A Few Highlights from the Interview with FAA Administrator Michael Huerta:

Here are a few highlights from the interview (also featured on www.WBUR.org/HereAndNow: FAA Administrator: ‘We Can’t Fully Imagine’ Future Of Drones”) that we found particularly topical: Question: How important are drones to the FAA in the grand scheme of concerns? Huerta: “It’s incredibly important. This is the fastest growing segment in aviation, and it’s also something that is bringing a whole host of new users into our aviation system. These are not the traditional pilots or air traffic controllers that we deal with. These are hobbyists, these are photographers, real estate brokers, and it’s a big challenge to integrate and work with this community to make sure that we’re all operating safely.” Question: What would happen if a drone hit an aircraft? Huerta: “The first thing is, there are many different kinds of drones. You’re right that some of those are under a half pound and they would likely be blown out of the way by a large commercial aircraft if it’s coming in the vicinity, but there are unmanned aircraft that are very high-performance. Some are as large – with a wingspan of a 737, and they could bump into another aircraft, they could get sucked into an engine, and those are the things that we don’t want to have happen.” Question: On the approximately 100 reports a month by pilots that drones are flying near them Huerta: “A big part of that is education. We’re doing three things to try to address that; the first is educating people of where the airports are in the first place. We’ve developed a smartphone app that you’re able to turn on, it’s called ‘Before You Fly’ [B4UFLY]. You can download it from the Apple app store and you turn on your phone and it tells you, based on right where you’re standing, are there any flight restrictions in place. The second thing is, you know unfortunately there will always be some small number of people that will be interested in perhaps causing a problem or doing something that is not safe flying. That’s where our enforcement responsibilities come in.” Listen to the full interview to see what else FAA Administrator Michael Huerta had to say about the future of drones and drone regulation: Read more interview highlights: FAA Administrator: We Can’t Fully Imagine’ Future Of Drones, March 10, 2016 Photo Credit: Gary Mortimer, sUAS News