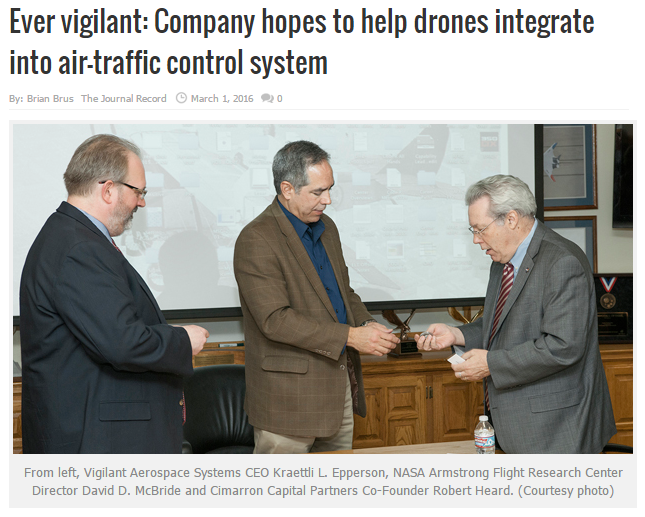 The Journal Record published a feature story about the launch of Vigilant Aerospace on March 1, 2016. From the story:

The Vigilant platform incorporates air traffic alerts, detect-and-avoid commands, weather data, synthetic cockpit views and related functions to improve what Epperson referred to as situational awareness for the ground-based pilots of drones in long-haul flights. Once the new software suite is in place, he said compliance with FAA regulations for drones will be accepted much more smoothly. A new traffic control system is projected to totally replace the current system by early 2020.