Remarks from UTM 2016 on the Future of Industry Innovation 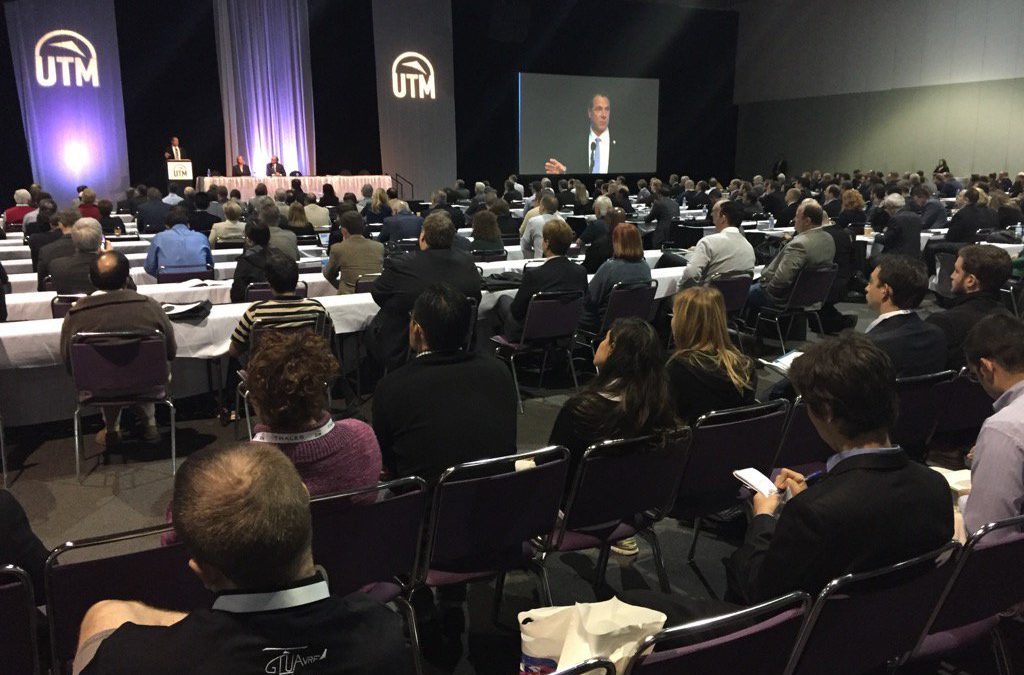 Our CEO and co-founder, Kraettli L. Epperson, recently spoke at the Unmanned Traffic Management (UTM) Convention 2016 on the panel titled “The Future of Industry Innovation to Enable UTM.”

The panel featured several leaders in the unmanned aircraft industry:

Vigilant Aerospace has developed a product called FlightHorizon based on an exclusively licensed NASA patent and software prototype. This product is designed to provide fully autonomous detect-and-avoid for unmanned aircraft.

The system uses transponders, like ADS-B, and other sensors combined with software to provide fully autonomous detect-and-avoid functions through algorithms embedded in our software.

The system provides situational awareness, synthetic cockpit views, traffic alerts and self-separation commands to a pilot or directly to an auto-pilot.

The system can be used on any aircraft platform and was designed and tested on the Ikhana, which is a civilan Predator-B and is now also being used on DJI Phantom 4s, so it is compatible with both the very large and the very small unmanned platforms.

Our system has been the subject of two recent AIAA papers on the pilot response to the user interface and discussion of our product’s patent algorithms and detect-and-avoid process. 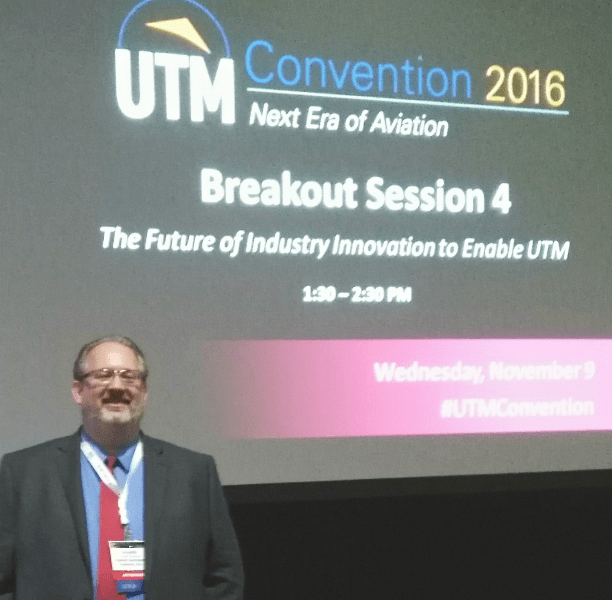 The company’s focus is on helping our clients to obtain beyond visual line-of-sight, air space and night flight waivers from the FAA for their unmanned operations.

The company is engaged in real flights and projects, right now. This is not hypothetical. We currently have a project to provide flight safety for the inspection of a 1400 acre solar farm in central Texas, another flight to provide inspection for a larger wind farm and a project to inspect 250 miles of drainage system for a major US city. We are also looking at upcoming pipeline inspection and river inspection projects.

Vigilant Aerospace is delighted to be a UTM partner with NASA. Our vision is a hybrid UTM and air traffic control systems for seamless flight safety and autonomy with embedded flight safety systems, like our product, providing full-flight safety and a single user interface for flight control, safety and national airspace integration.

We see a multi-protocol and multi-data source future with UTM as the coordinating or orchestrating backbone for flight safety in a system with multiple inputs, depending on the situation and airspace.

We also see UTM as an enabling technology for full autonomy and full integration and a situational awareness data provider for systems like ours.

We believe that alternatives to the current NextGen and ADS-B transponder systems must be open and non-proprietary.

An effective air traffic coordination system must be non-proprietary and open to multiple parties. We know that ADS-B works because it is an open standard that provides for inputs and outputs from devices and systems from different providers and vendors. UTM must also be an open system for which multiple vendors can provide products and services.

Finally, we believe that industry operates best when government regulators provide safety standards, minimum operating standards and rules for safe operation, telling industry what it must do and can do, but not how to accomplish the job. We believe that open systems like the NextGen air traffic control system and UTM are the right approach, and allow industry to innovate and provide service improvements in a safe and diverse national airspace.

Thank you for inviting us to present on this panel on industry innovation today and we look forward to our continued involvement as a UTM partner in testing and development.

A description of the conference from the event’s website:

Leveraging the success of last year’s inaugural event hosted by NASA at the Ames Research Center in Mountain View, Calif., UTM Convention 2016 will be held Nov. 8 – 10 at the Oncenter in Syracuse, NY, and Griffiss International Airport in Rome, NY, one of the FAA’s designated test ranges. The Convention will include expert panelists and keynote briefings from NASA on technical capability level (TCL) demonstration 2, in which industry collaborators will participate this October. You’ll learn how UTM leaders from the FAA, NASA, and international ANSPs are collaborating to rework the global airspace.

Watch for announcements about other upcoming conference appearances and news about Vigilant Aerospace by subscribing to our newsletter here.